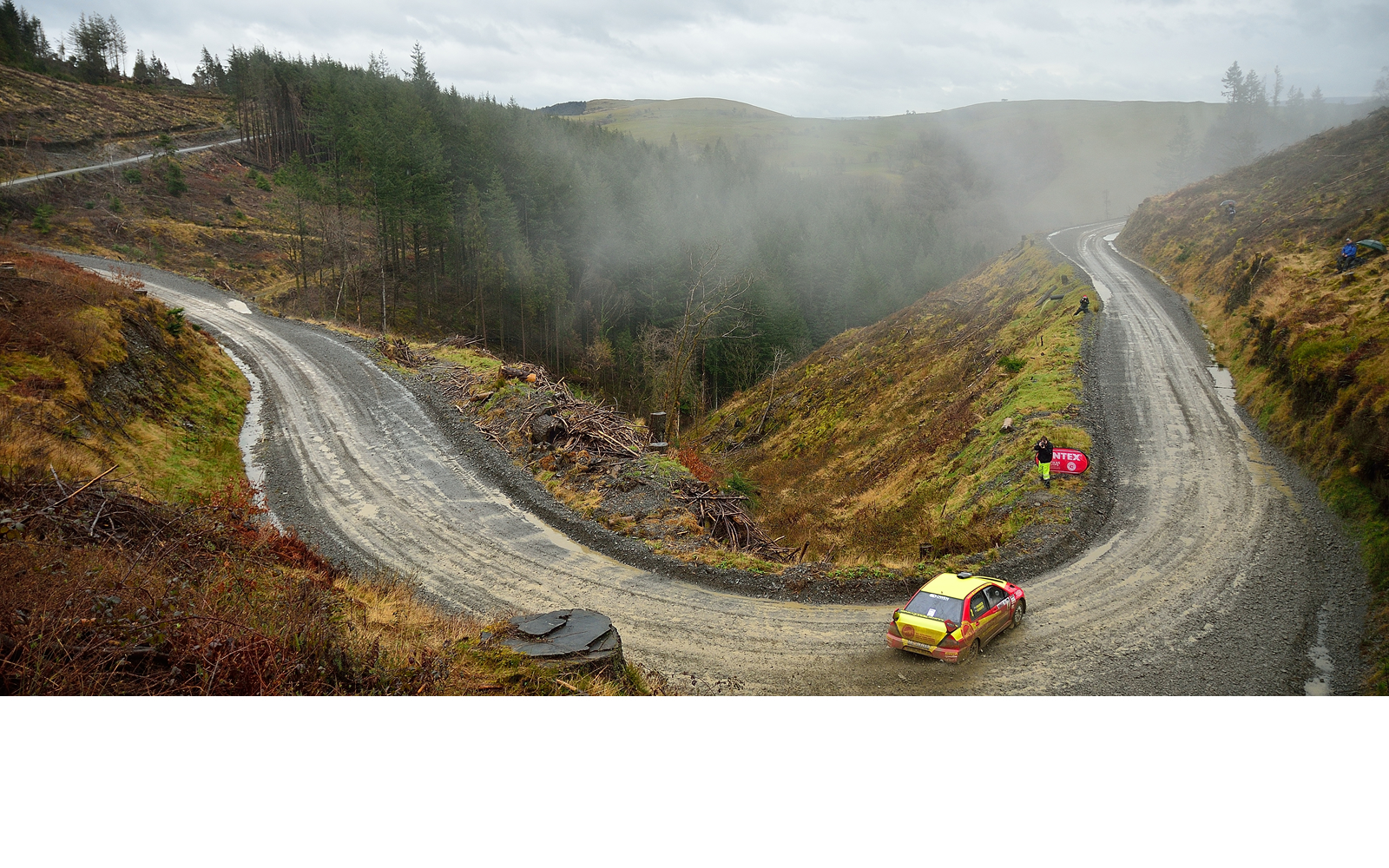 Wolverhampton & South Staff car club run this compact event (previously known as The Bulldog Rally) based in around the Dyfi Forest complex near Dolgellau, providing approx of 45 gravel stage miles of action across Dyfi & Gartheiniog for this National A & B events.

The even has a long-standing history having been run since the late 50’s and a glance over the events roll of honour makes for some impressive reading. 2016 Followed near enough the same format as the previous year and boy was it a wet one, making for tricky slippery conditions out on the stages proving a real challenge for all who entered.