The second day of Rally Finland consisted of 9 stages covering 152km of competitive action. Overnight rally leader Craig Breen began the day with a 2.8 second lead over his Hyundai teammate Ott Tänak. However, over the course of the morning, there was a swing in the balance of performance, with Toyotas Elfyn Evans seemingly finding an immense amount of both speed and confidence overnight. 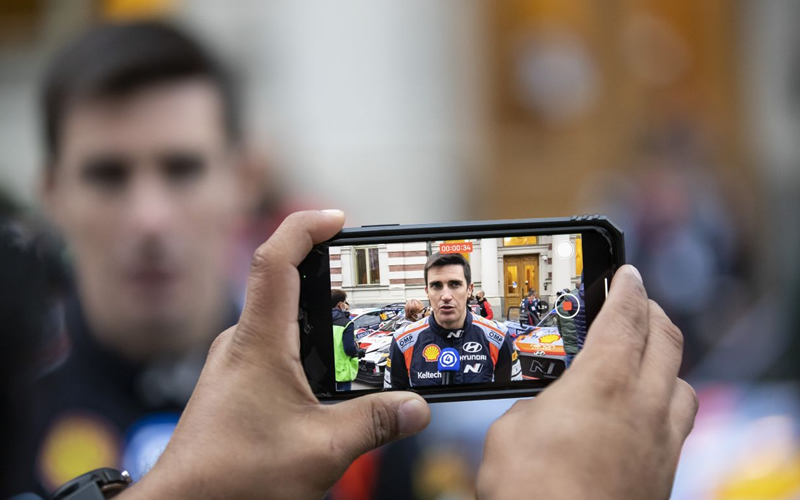 The Welshman began his day with the opening stage win on the 18km SS7 Kakaristo – Hassi test, beating Breen by a slender 0.2 seconds. A modest Evans then proceeded to storm in front of the two Hyundais of Breen and Tänak on the very next stage (SS8 Päijälä) to take the lead of the rally by just 0.9 seconds. 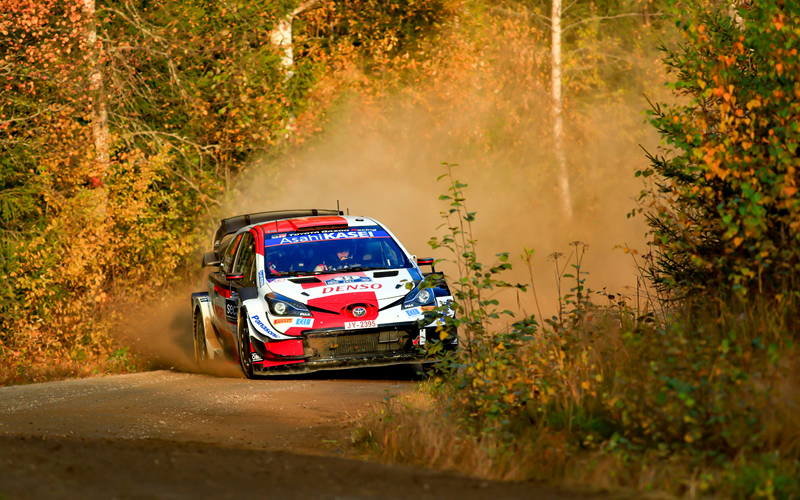 Evans dominated the morning by winning all four stages and ended the loop with a lead of 5.6 seconds over Breen, which was built up with his ever-growing confidence.

“You have to focus on doing your own thing and trying your best. Until there’s something to manage then there’s no point to look at anything.”

Evans’s spike in performance left Craig Breen scratching his head a little, not being able to match the pace of the Welshman left the Irishman Breen with work to do, both in keeping Tänak at bay behind him and fighting for the win. 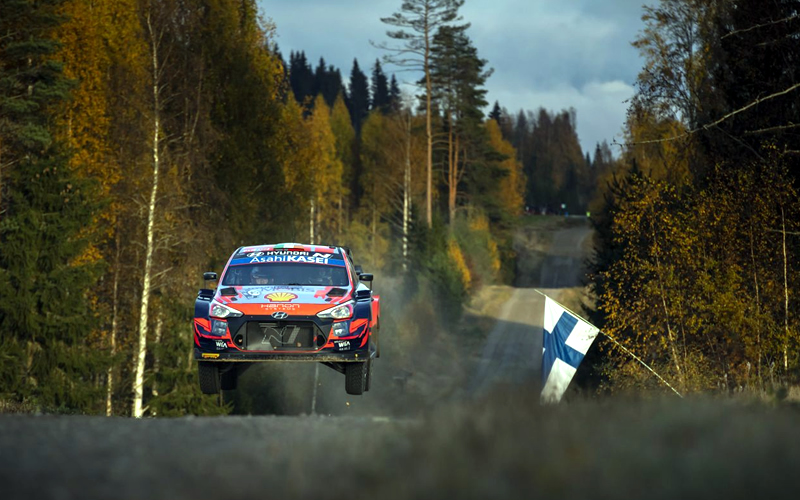 “There’s not much left. I have a reference to the first car in front of me and I didn’t think I’d be able to fight with these guys. Elfyn just has something else that I don’t have today.”

Whilst one Toyota was on song, two others were to retire from the rally in the morning loop. First Takamoto Katsuta had an off on the second stage of the morning, which left his Yaris parked up in the undergrowth at the side of the stage. 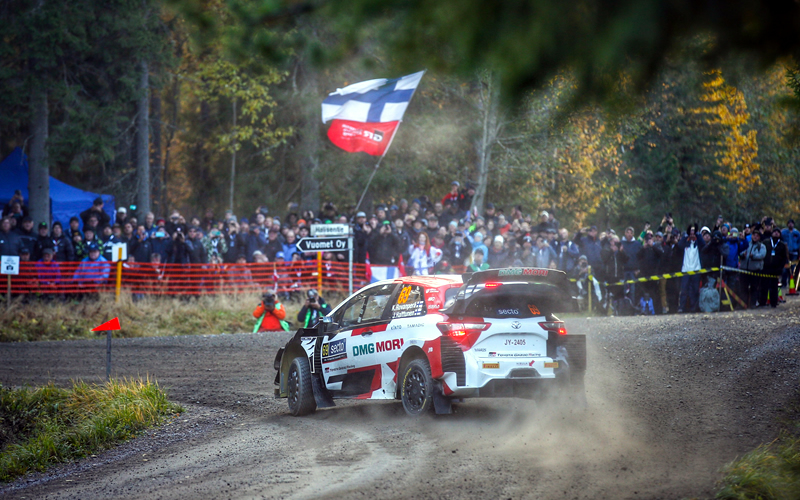 Then Kalle Rovanperä got all out of sorts on the final stage of the morning loop and slammed his Yaris into a pile of gravel at the side of the road. The big impact caused a considerable amount of damage to the front end resulting in retirement for the young Finn. 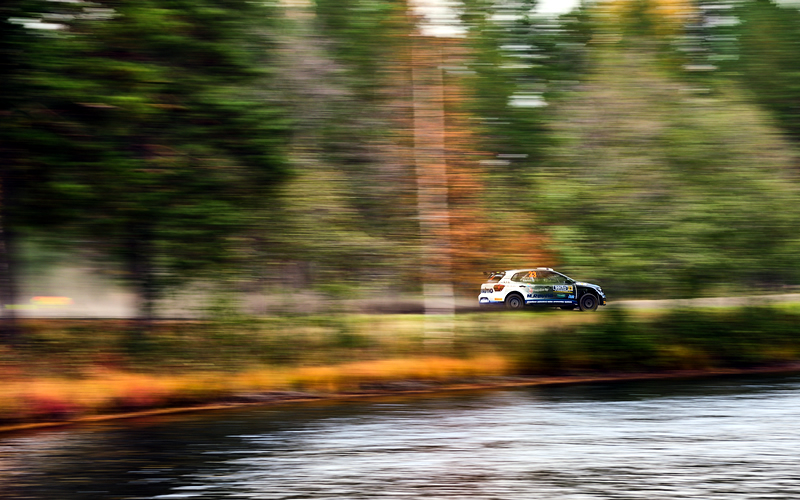 Meanwhile, in the WRC2 class, Teemu Suninen continued to lead a somewhat dejected Mads Ostberg who stated that he simply didn’t have the feeling. Suninen won the first two stages of the morning but Ostberg found something somewhere and won the following two stages to close the gap down to 9.5 seconds heading into the midday service halt. 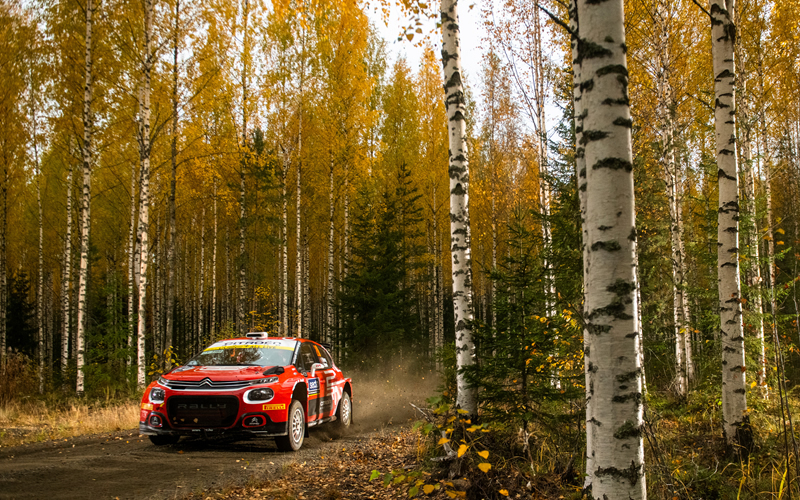 Elsewhere Hyundai junior driver Oliver Solberg had a decent off in his Hyundai i20 Rally2 car; approx 3.3km into SS7 he carried too much speed and ended up rolling into the trees. This was an unfortunate end to his first-ever attempt at Rally Finland and adds another DNF to his string of bad results. Russian Nikolay Gryazin also retired from the day after suffering two punctures to his VW Polo GTi R5. 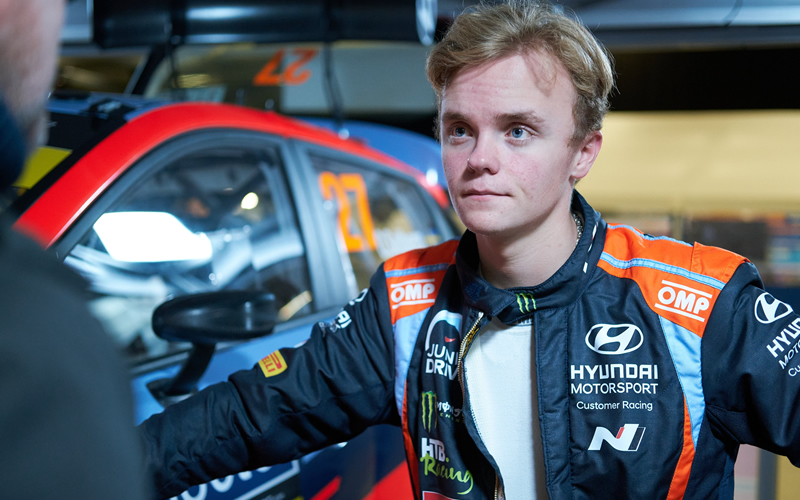 As the afternoon loop progressed, Elfyn Evans came under increasing pressure, but it was not from Craig Breen, but instead Ott Tänak. The Estonian left the service park all guns blazing, winning stages 11, 12 and 13 to pass his teammate Breen and into second place. 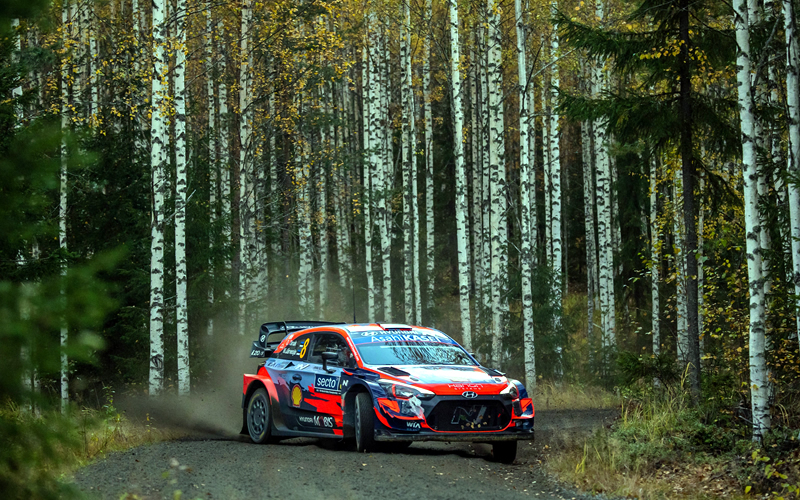 “The grip is higher now and the car is easier to drive. The feeling was better and we will keep the pressure on now.”

Evans still had pace left in him and posted the fastest time on the penultimate stage of the day, SS14 Patajoki to increase his buffer to 9.1 seconds to a surging Tänak, with just the short 2.3km Harju super special stage around the town centre remaining for the day. 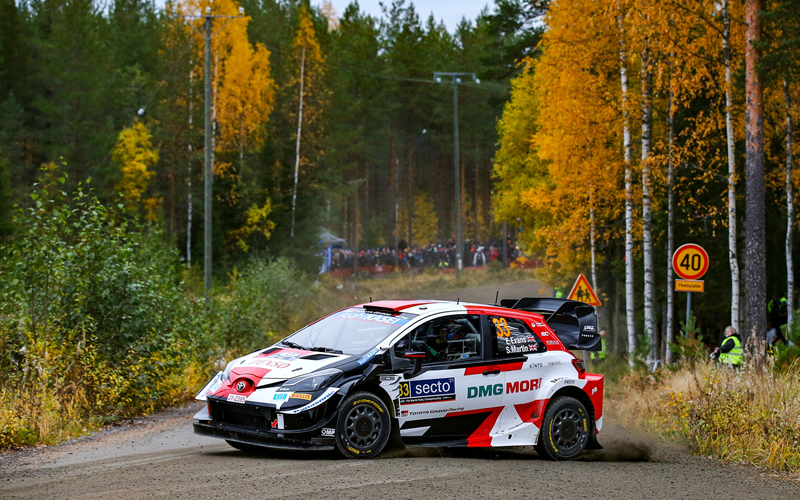 Theirry Neuville’s rally went from uninspiring to an even lower place on stage 14. His Hyundai i20 suffered damage on a compression and he at one point stopped in stage. The impact damaged the radiator and the time loss incurred dropped him way down the order and out of the points. Neuville is not likely to restart the rally on the final day, so this DNF will do his championship fight with Evans no favours and is perhaps as it stands, all but over? 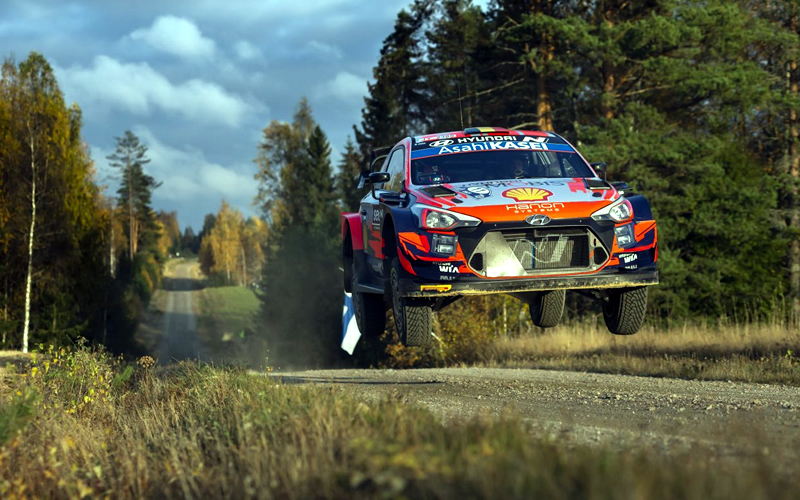 Over the course of the afternoon in the WRC2 class, Teemu Suninen and Mads Ostberg continued to trade stage wins as they did in the morning, each grabbing two apiece but Suninen was nursing some sort of technical issues with his VW Polo GTI R5. 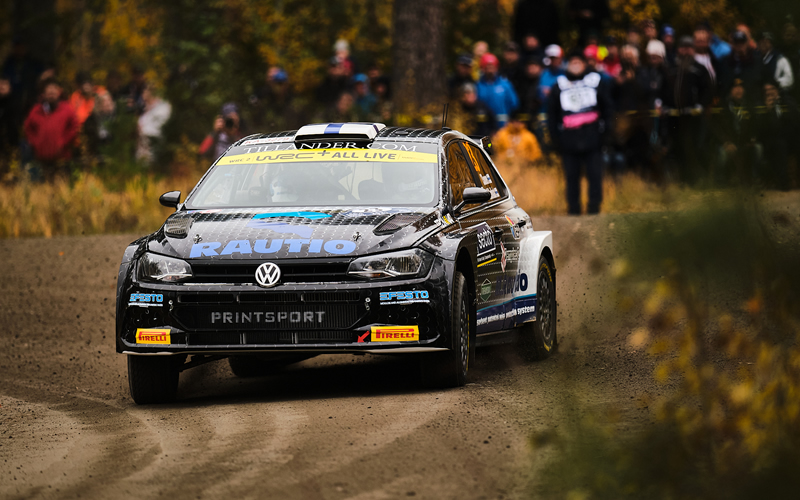 Warning lights could clearly be seen on the dash but the Finn was giving nothing away at the stop lines of each stage. Suninen leads Ostberg by 8 seconds at the end of the day.

Evans and Tänak both crossed the finish line of the Harju street stage on the exact same time and Evans ended the day with a 9.1 second lead over Tänak heading into the final leg of the rally. 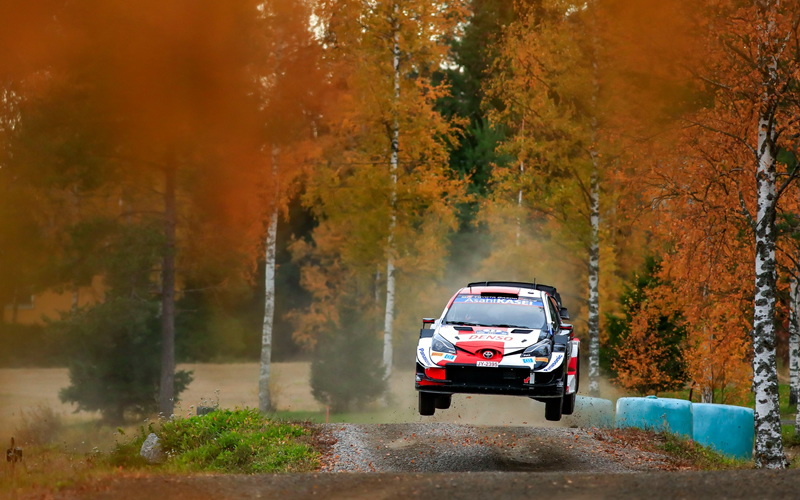 “It’s been a good day. I really enjoyed it. It’s been a great fight and there’s obviously a long way to go tomorrow, but we’ll just take it stage by stage.”

With Neuville out of the picture, Sébastien Ogier has moved up into 5th overall behind Esapekka Lappi. With Breen now some 19.5 seconds off the pace, it is unlikely that he will challenge for the win moving forward.

The final day of Rally Finland will feature just 4 stages and will provide Ott Tänak with just 45km to hunt Elfyn Evans down for the rally win. Can Evans keep his nerve and hold off a surging Tänak?