And so, D-Day had arrived for the 2022 FUCHS Lubricants British Historic Rally Championships. The season final at the Carlisle Stages on the Anglo-Scottish borders would offer up six final stages in and around the Kielder Forest complex for the crews to have just one final battle over. 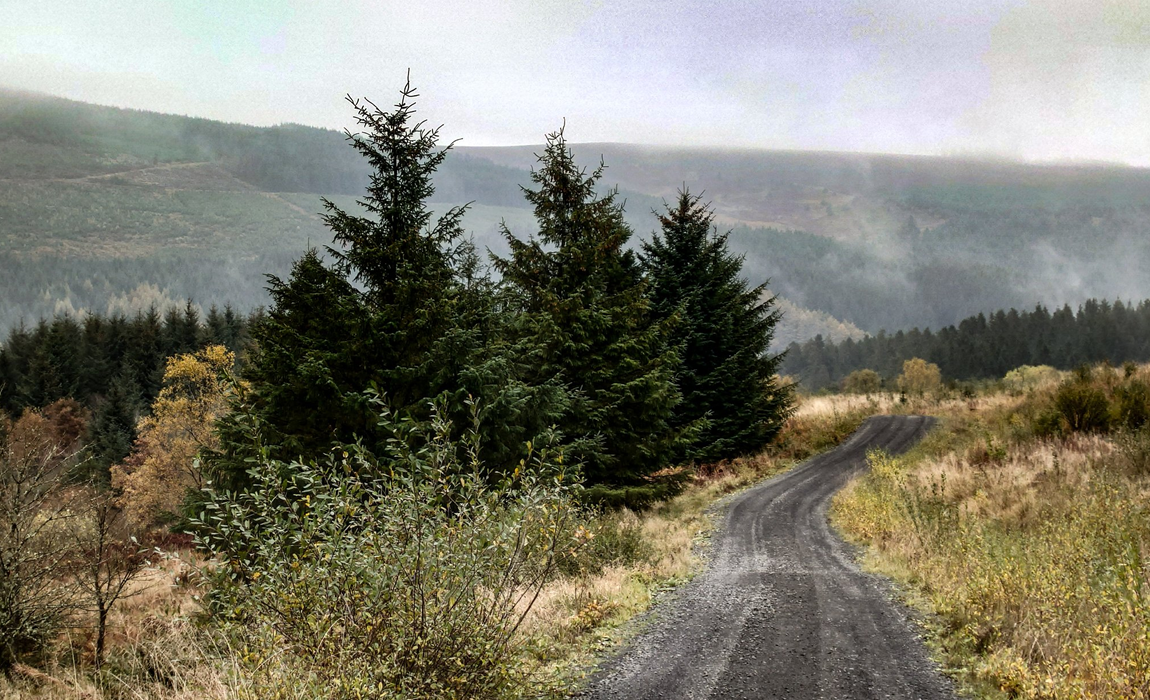 Last time out on the Trackrod in Yorkshire, Matt Edwards alongside Co-Driver Hamish Campbell kept the fight alive after bringing the Fiat Abarth 131 home for their third win of the season. However, heading into the season finale, there was a fairly simple equation to calculate; Edwards absolutely needed the win, whilst Championship leader, Henri Grehan simple had to finish at least fourth to take the title.

There would be some last-minute gremlins for Grehan heading into the Carlisle Stages and the Ludlow man would not be out in his own car. He would then also have last-minute technical issues in the hired-in MK2 Escort, which meant the crew having to fix a gearbox leak in the hotel car park the night before the off, which was far from ideal.

Although Bob Bean already had CAT1 sewn up, elsewhere there was to be a three-way MK1 Escort fight on the cards between Chris Skill, Josh Carr and Warren Philliskirk for the Category 2 honours.

The event got underway with an 8.44-mile test (Buck Fell) in somewhat wet and slippery conditions, where Matt Edwards kicked off the proceedings with the opening stage win. Just 0.7 seconds was the margin over Henri Grehan, who reported having “a bit of a moment” on only the first corner. These Kielder stages are tricky at the best of times, and more so in the pouring rain, “Kielder needs respect”. 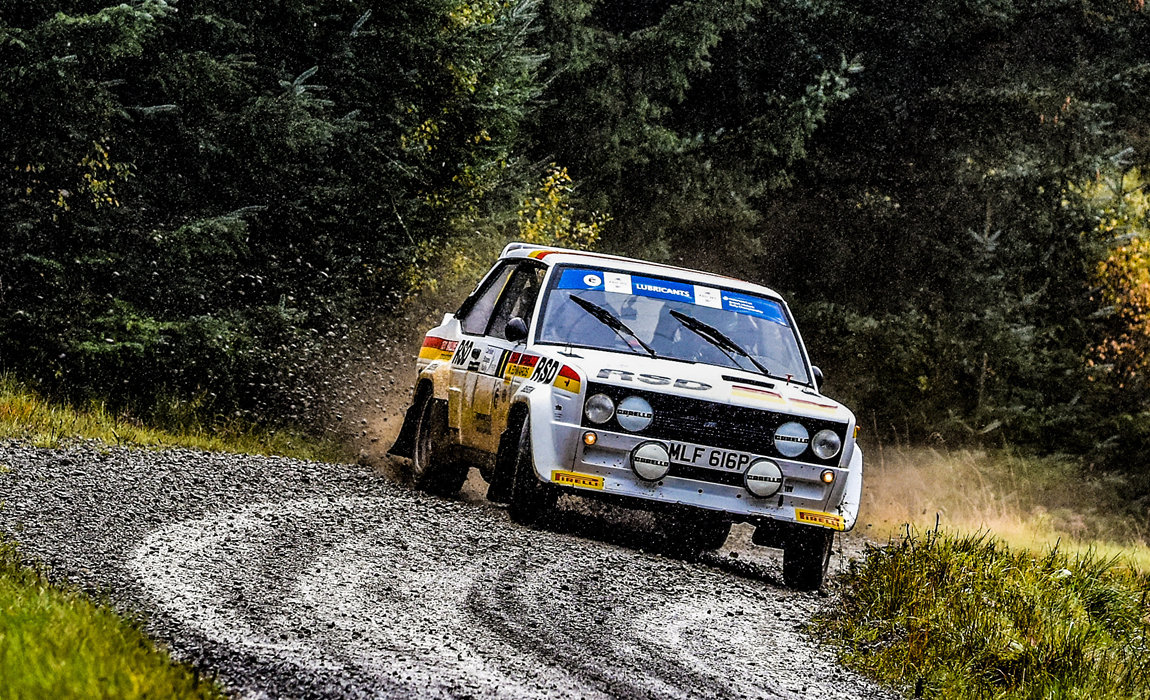 Edwards continued to press on in the short 3 miles Florida test, but insisted that “everything was fine” and that he wasn’t taking any risks; this time posting a time that was 2 seconds faster than Grehan. The final test of the morning loop through Riccarton was the longest stage at 8.68 miles in length. Edwards stretched out his lead over Grehan by a further 7 seconds to head back to the mid-day service with some 16 seconds of a lead. For now, Edwards could do no more, but for Grehan, he was halfway there and on the road to securing that coveted title for the first time. 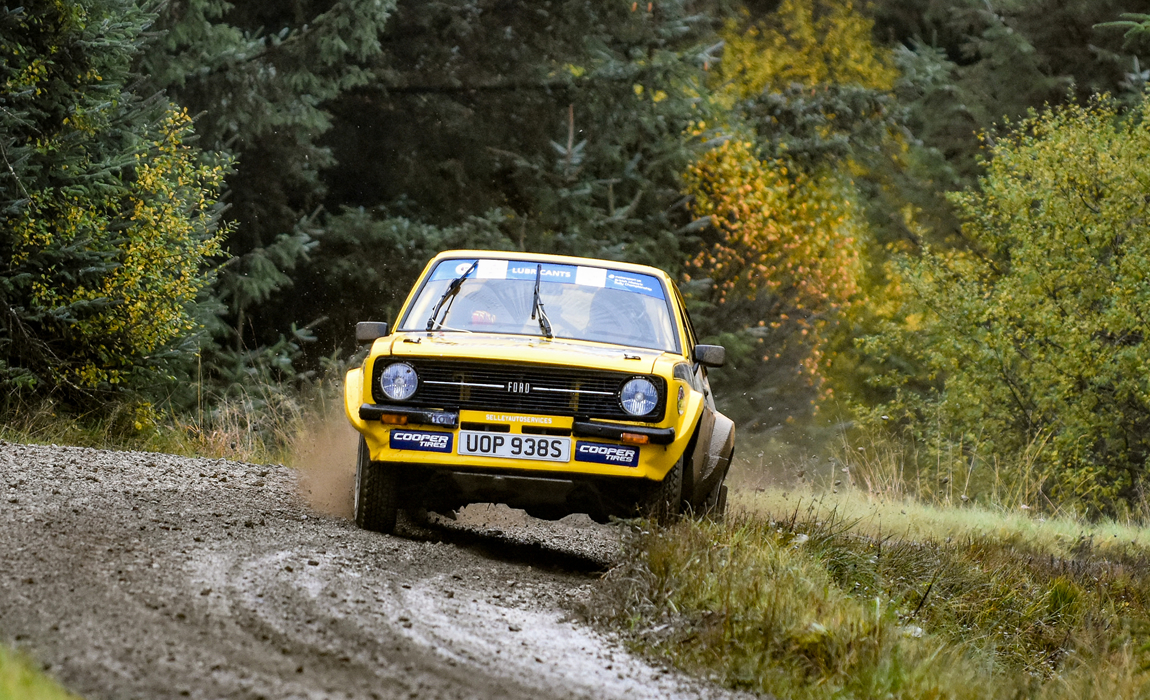 The battle resumed after service with a repeat of the Buckfell test and the conditions were a little bit rougher than the morning’s pass, but there was drama out on the stages for Matt Edwards. Edwards and Co-Driver Hamish Campbell entered the stage leading the field, but would, unfortunately, suffer from Electrical issues with their Fiat Abarth 131. Edwards and Campbell would therefore not emerge from the stage and their battle for the year was now all but over. Grehan secured his first stage win of the day and was now clear to do the business over the remaining two stages and already had one hand on the title for which the super glue was starting to set.

Following the installation of a new set of plugs & leads, Andrian Heatherington appeared to have cured a morning miss fire on his MK2 Escort RS1800 to pick up a stage win in SS5 Hyndlee and with it climbed into second position behind the new rally leader Grehan following the demise of Edwards.

The Shropshire pairing of Grehan and Co-Driver Dan Petrie entered the final stage (Riccarton 2) of the final rally of the season with some 55 seconds in hand and almost certain victory. 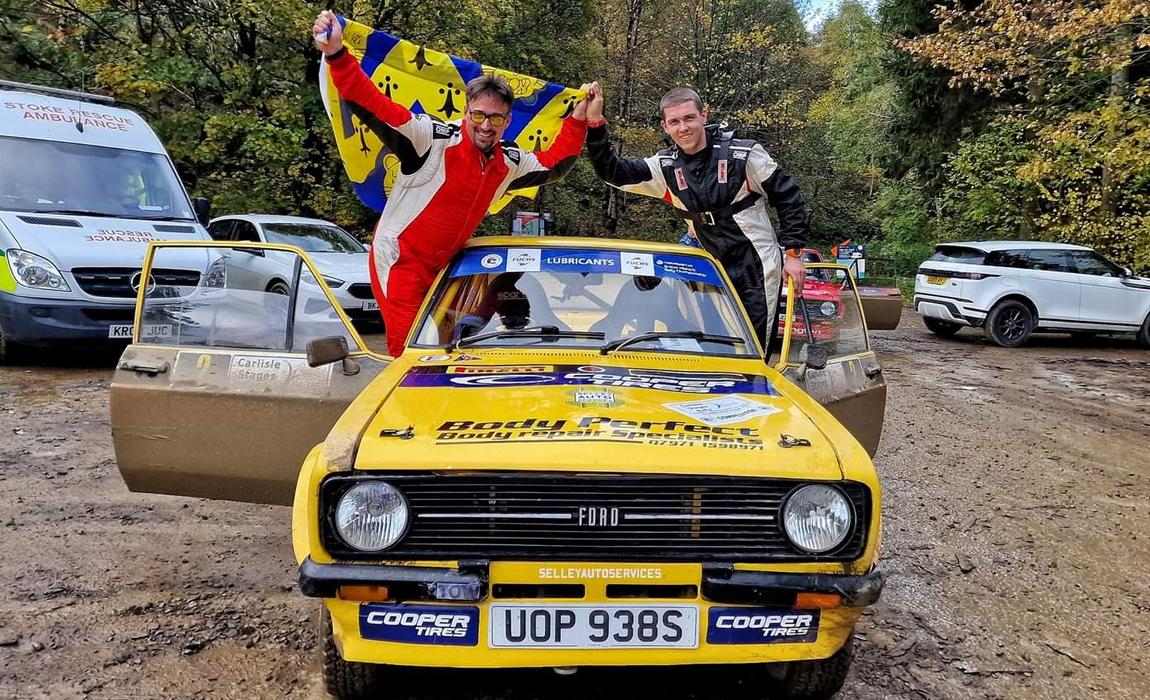 Grehan and Petrie on their maiden season in the British Historic Rally Championship had done it, they had secured the 2022 title and Cat3 honours. After a sensational battle out on the stages up and down the country with a three-time British Rallying Champ, the pair took their place on the top step of the podium absolutely beaming with glory.

“So many thank you’s, everyone that put their time into the car, my mechanic who just worked hours on end” “Well done to Dan, he’s been absolutely ace, its been a great great year, absolutely delighted” “Its gonna take a while to sink in”. 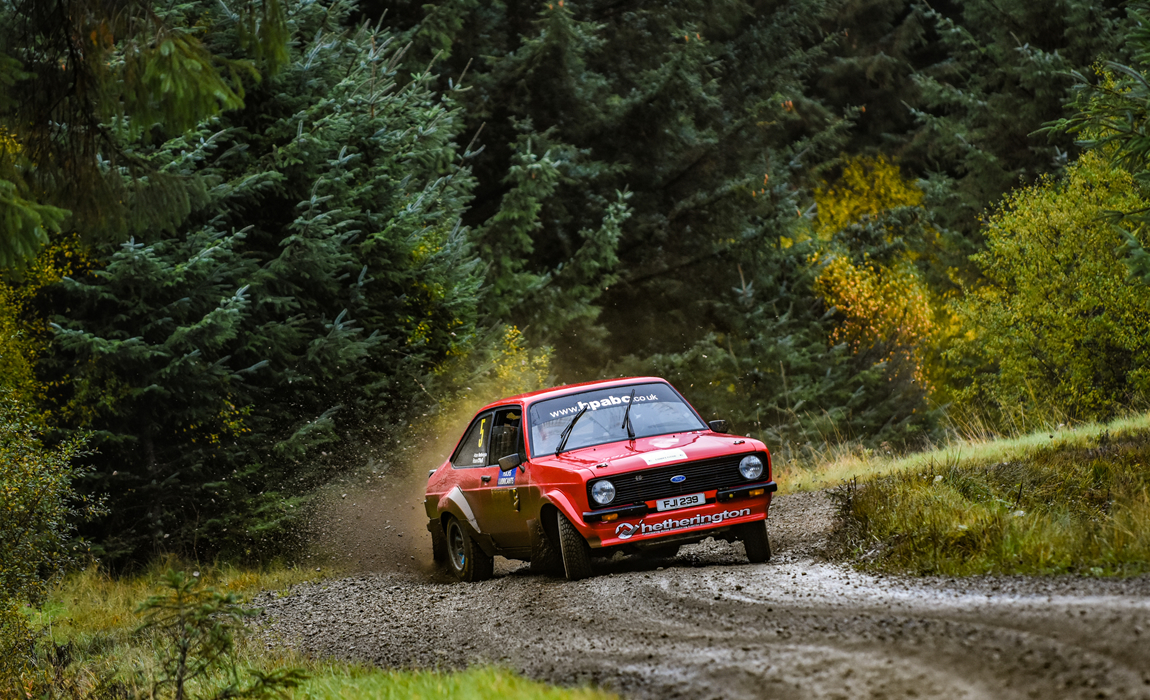 Having returned to series for the first time since his off at Rally North Wales in the first half of the season, Andrian Hetherington settled for the runner-up spot. Arriving at the finish just over a minute behind Grehan but more than a minute ahead of Robert Gough (who rounded off the podium), was a “good result” given that he was considering retiring in the morning’s loop with that miss-fire to that rebuilt car. Gough who rounded off the podium could also be satisfied with his result on the Carlise stages. 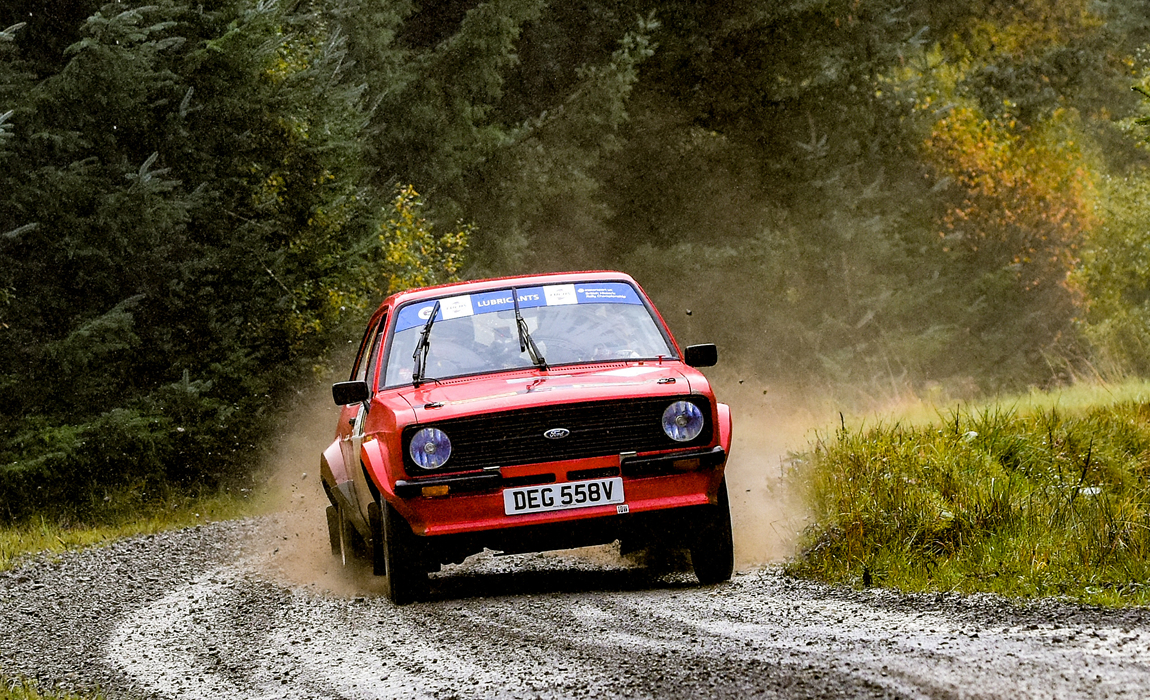 Despite not having his regular Co-Driver Brian Hodgson by his side, Chris Skill set off from Carlise with only one thing in his sights, and that was the Category 2 honours, but he would have to see off two challengers in Josh Carr and Warren Phillyiskirk in order to achieve that. Skill just pipped a fully focused Carr in the lower powered RS2000 on the first test of the rally by 4 seconds, and repeated that in the next test in Florida. Skill was also able to eek out a few more seconds in the third and longest test of the morning loop to lead Carr by 14 seconds heading into the mid-day service halt.

Chris Skill with the help of stand-in Co-Driver Graham Wild, pushed on through the afternoon’s loop of stages, compleating a full house of Category stage wins to secure his third win of the season and the 2022 British Historic Cat2 title. 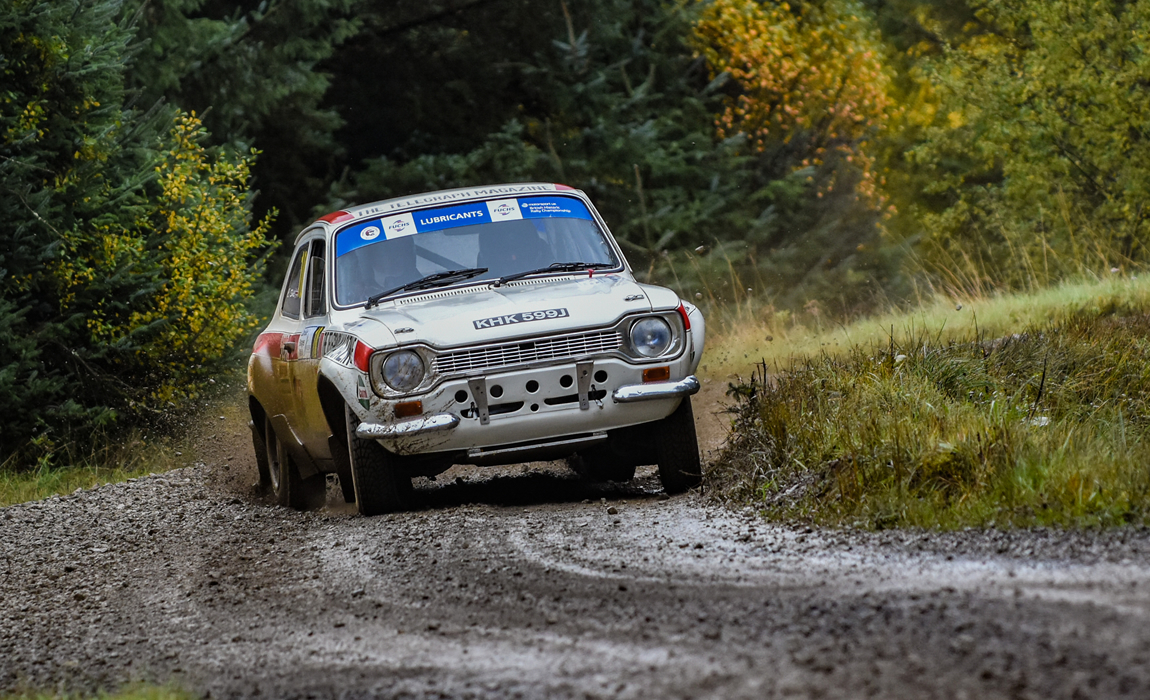 Crossing the line well over a minute ahead of the young Josh Carr, Skill had done what needed to be done over some tricky stage conditions in the legendary Kielder Forest.

“Amazing, I’ve finished every event this year and I loved everyone. Some great events….. it’s been a good year.” “He’s an up n coming talent (Josh Carr), as soon as he gets a BD under his bonnet he’s gonna be right up there” 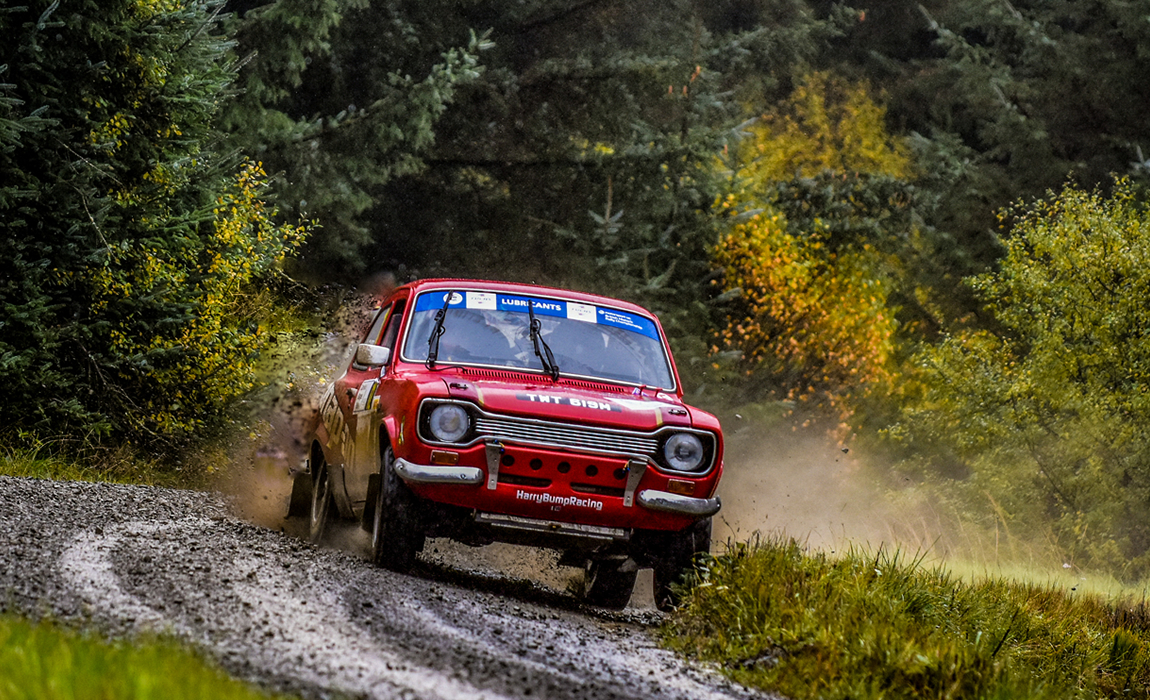 Runnerup Josh Carr gave it absolutely everything he could in his Pinto-powered Mk1 Escort, in what can only be described as a sterling effort to push Skill all the way to the final round. 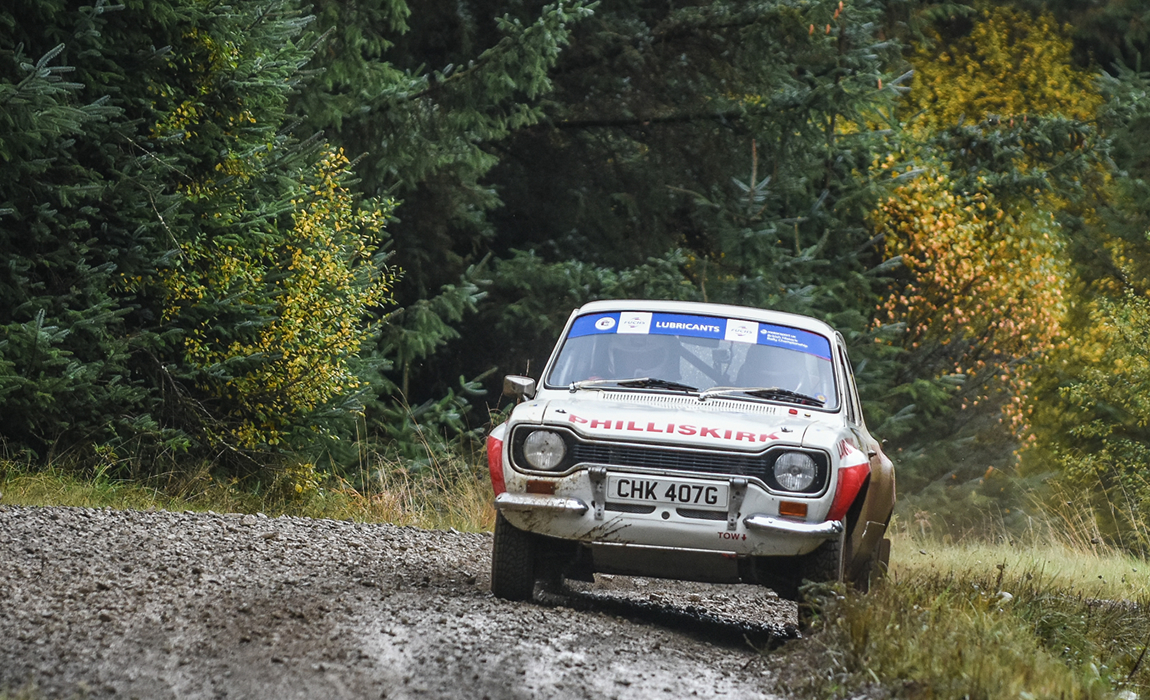 Rounding off the third spot on the podium, Warren Phillyskirk ended his season having finished every rally and well and truly in the mix for the battle with the likes of Carr and Skill.

Already crowned Category 1 Champ Bob Bean peddled his Lotus Cortina successfully through the stages and under the watchful eye of Mike Curry calling the notes, to claim their 5th win of the season, compleating an unbeaten run. 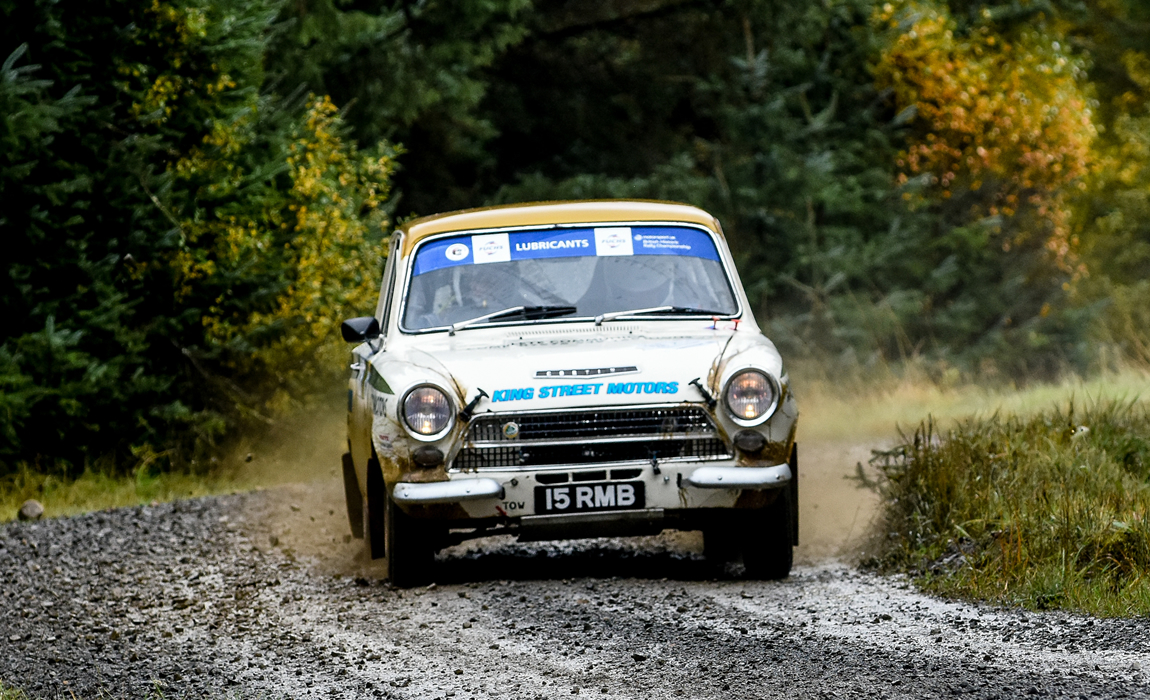