The 2022 MRF Tyres sponsored BTRDA Rally Series began in the stunning Lake District with the 45th edition of the Malcolm Wilson Rally to open up the seasons’ proceedings. Although the event had attracted a bumper entry of 124 competitors, it would be without the reigning BTRDA champs, Gary Pearson and Niall Burns, who would not be looking to defend their title and contest the series this year.

The HQ of factory World Rally team M-Sport at Dovenby Hall, which is situated on the edge of the Lake District just outside the Georgian market town of Cockermouth once again playing host to the rally; which is organised by the Morecombe, Kirkby Lonsdale and West Cumbria Clubs.

The last time the event ran was back in 2020 and Stephen Petch took the BTRDA honours, only to be beaten to the overall rally win by M-Sports own works driver Andrian Fourmaux. This year, however, Petch(Jnr) would “only” be fighting against a top lineup of national talent from all corners of the UK. I say only in the loosest way possible because the challengers included a plethora of BTRDA regulars such as: Ian Bainbridge (Skoda Fabia R5), Perry Gardener (Ford Fiesta R5), Matthew Hirst (Ford Fiesta R5), Tom Llewellin (Mitsubishi Mirage), Charlie Payne (Ford Fiesta) and Elliot Payne (Ford Fiesta Rally2) to name but a few, all with the ability and the machinery to win on the Cumbrian stages. 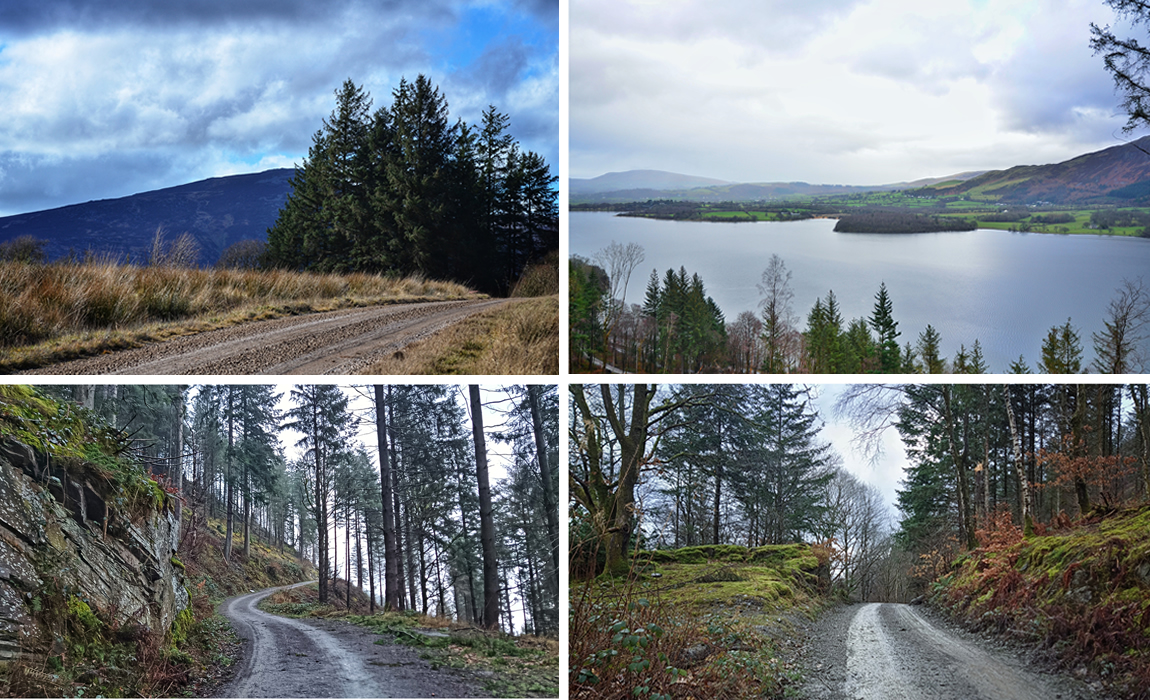 With 7 classic Lake District stages on the agenda covering just under 45miles of competitive action, the event got underway early doors in the Hobcarton Plantation at the Southside of the Whinlatter pass. It was perhaps of no real surprise that Stephen Petch would be topping the timing on that opening short 2.69-mile test, but instead more of a surprise that Mark Donnelly from Omagh would also stop the clocks on the exact same time as Mr Petch (Jnr). 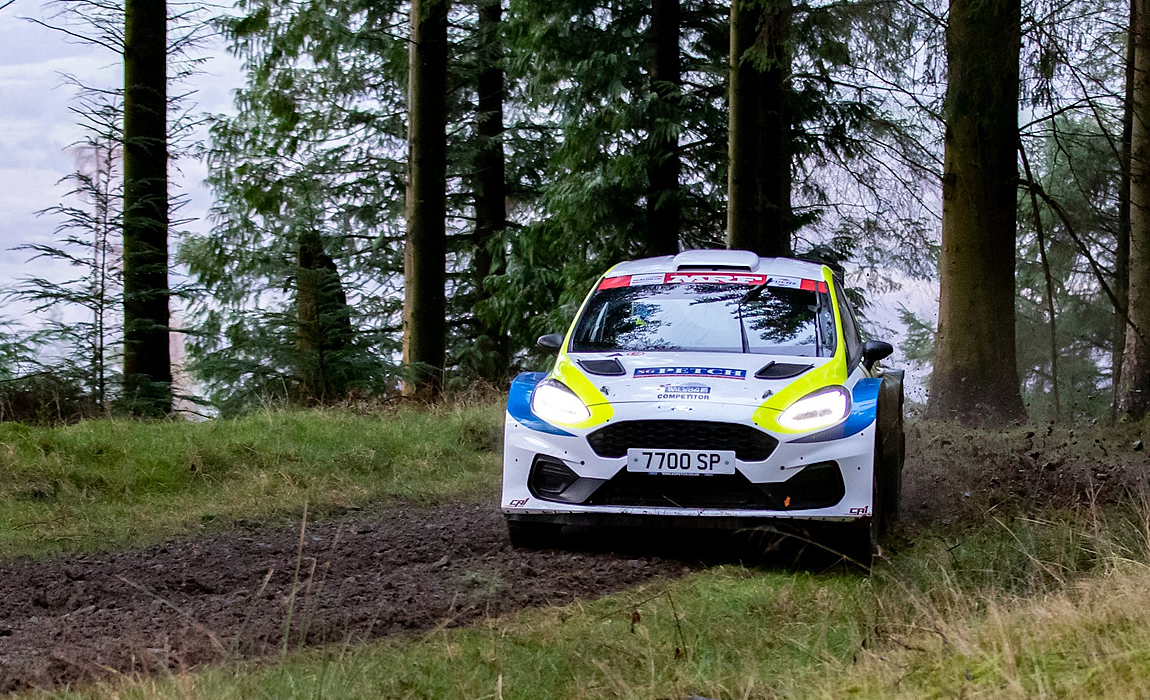 However, neither Petch(Jnr) nor Donnelly was able to follow that up in the very next stage just across the road in Comb. Petch(Jnr) was beaten by Russ Thompson, Elliot Payne and the stage winner, Jock Armstrong (non-BTRDA registered). Petch(Jnr) had found himself once again level on the timing sheets, but this time it was for the overall lead with young Elliot Payne.

As the crews entered the third stage of the morning overlooking Bassenthwaite Lake in Wythop Wood; the battle was beginning to shape up well. Petch(Jnr) reacted to both Armstrong and E.Payne here, getting the better of Armstrong by just 1 second to take the fastest time. He had also taken 2 seconds out of E.Payne to finally take the outright lead of the rally, with Niall Devine in an EVO 9 laying in third heading into the first run over Greystokes Forest. 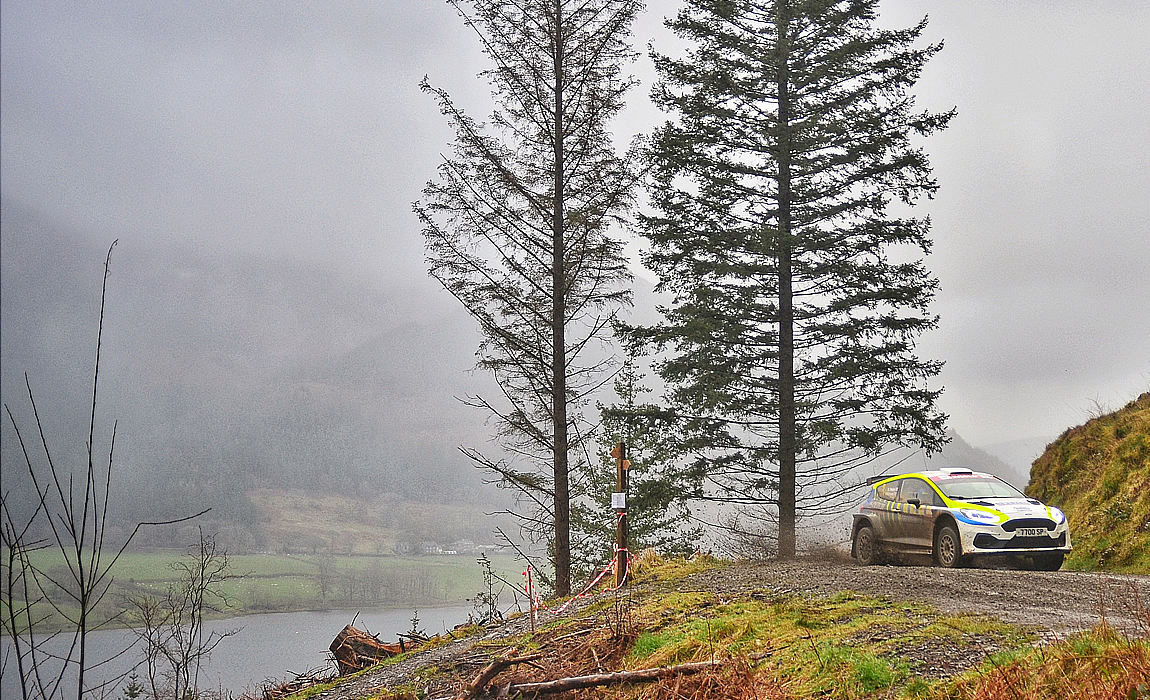 After securing his second outright stage win in the M-Sport test facility at Greystokes, while his early GoldStar challenges in E.Payne and Devine had begun to fall by the wayside, Petch(Jnr) was now holding a more promising looking 14 second lead over his nearest competitor (Rory Young) and some 19 seconds from the nearest BTRDA registered rival in Perry Gardener at the midpoint in the rally.

Next up with a drive south for two stages in the Grisdale Forest Complex which included the longest stage of the rally, Grisdale North at 10.48miles in length. 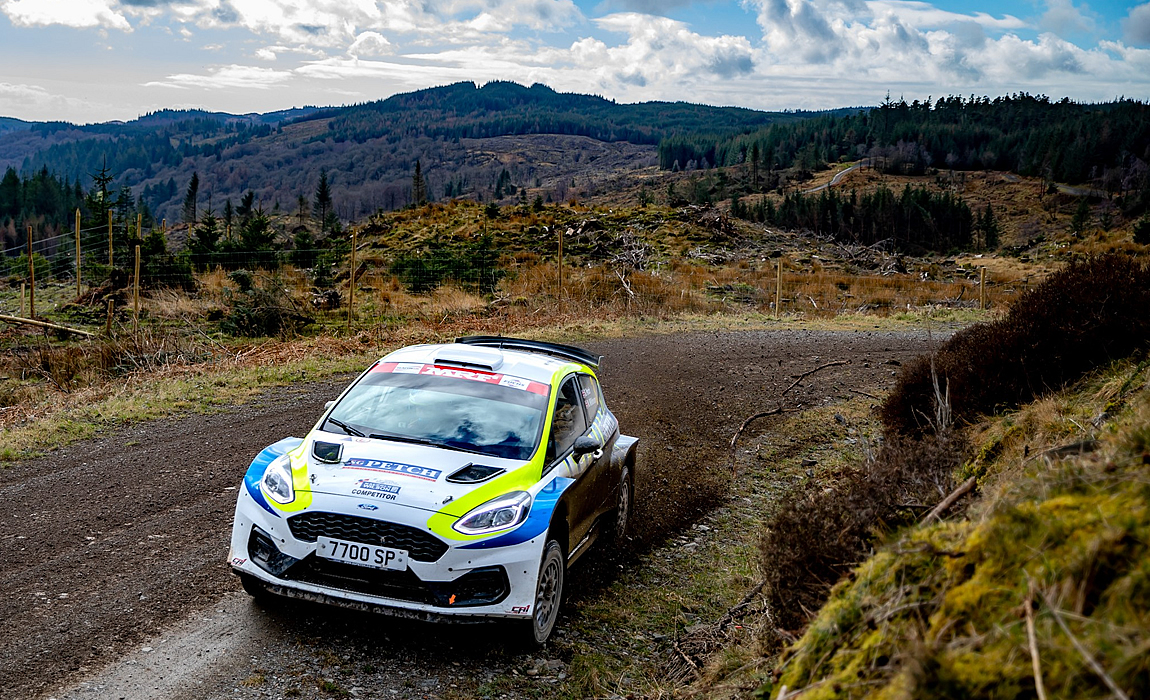 After tackling the 7.83-mile Grisdale South Stage first, Petch(Jnr) would have been sensing victory from then on; he added that stage win to his scorecard, posting a time that was some 9 seconds faster than Armstrong in the B13 Subaru Impreza.

Heading into the longest test of the rally, the fight for second and third was changing hands; Perry Gardener had moved into second after his efforts up until SS5 Grisdale South but Ian Bainbridge & Will Atkins were on a bit of a charge. 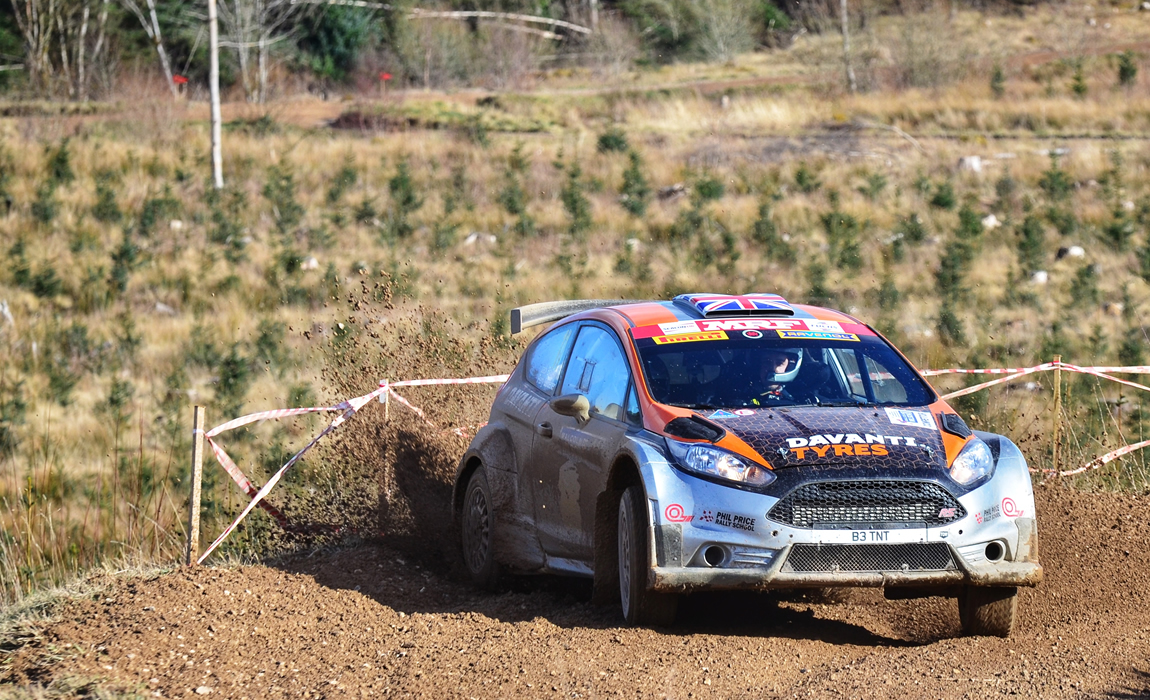 Bainbridge was in a groove and was able to stretch his legs out a bit on the longer Grisdale North test. By securing his first stage win he had taken second place from Gardener and was 19 seconds off the rally leader Petch(Jnr) heading into the final stage, the second pass over Greystokes. 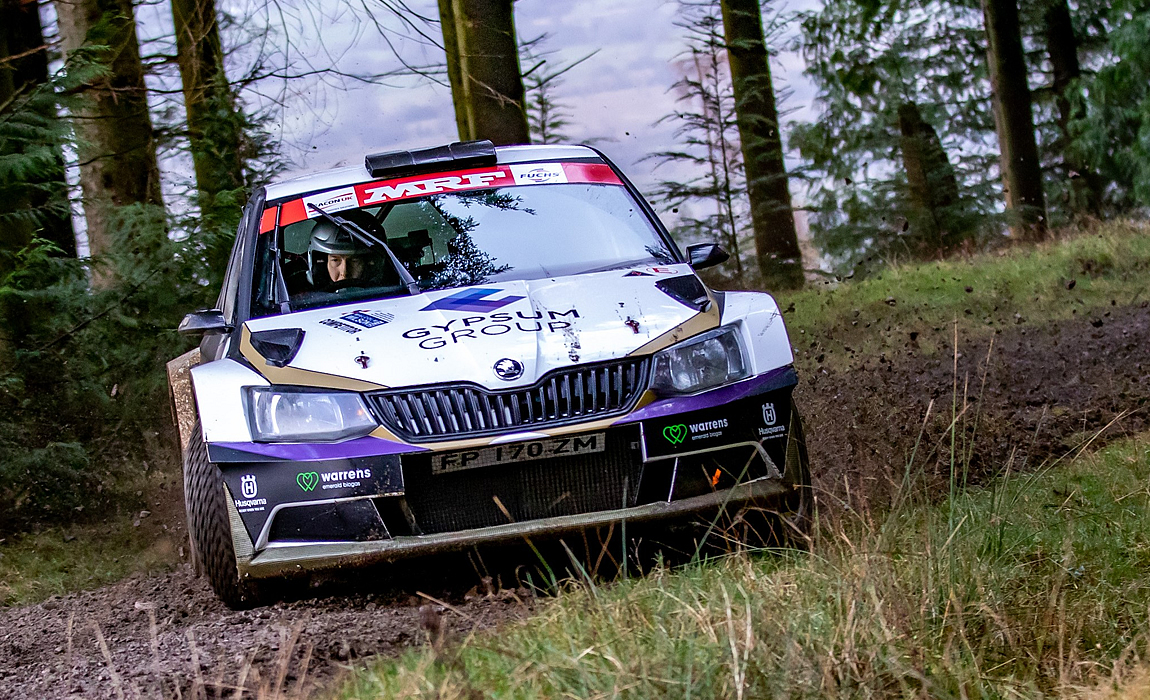 But even with that final stage win in Greystokes, 19 seconds was always going to be a BIG ask from Bainbridge and his Skoda Fabia R5. Petch(Jnr) alongside Michael Wilkinson on the notes were able to semi-cruise through that final stage to secure the rally win with 16 seconds in hand to take the opening round of the 2022 MRF Tyres BTRDA honours.

This result was Petch Juniors’ first ever Malcolm Wilson victory, the last time a Petch had won the event was some 22 years ago back in 2000 when his Father Steve won the event for his third time.

Bringing his Subaru Impreza home a further 7 seconds behind the second place man Bainbridge, was Jock Armstrong to take the final overall podium place. In the final two stages of the day, he had managed to overhaul Perry Gardener but only just by a single second.

However, because Armstrong was not registered for the BTRDA, Gardener and Co-Driver Jack Bowen were awarded third in the GoldStar. Richard Hill in his Mitsubishi Lancer rounded off the top 5 and as the fastest BTRDA B13 class finisher he is level on points with Gardener the pair are joint third in the GoldStar award after the opening round. 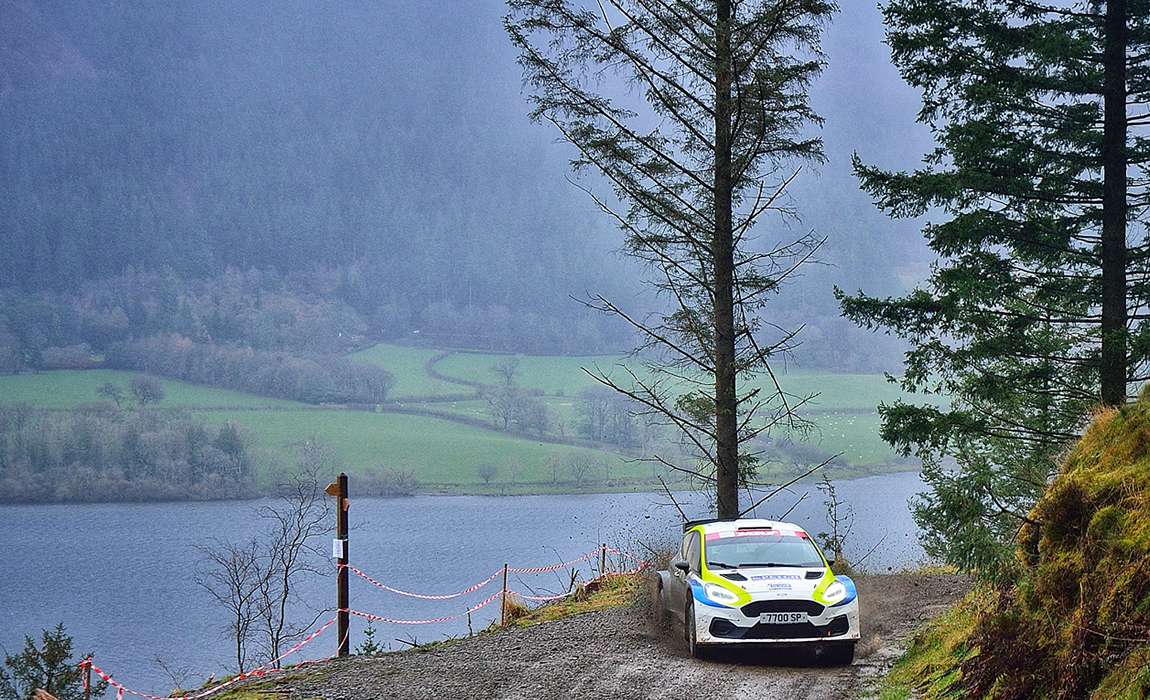 The SilverStar category would see the Irish pairing of David Crossen alongside Aileen Kelly dominate the B12 class; by taking the fastest times on all 7 stages in their MK2 Ford Escort. 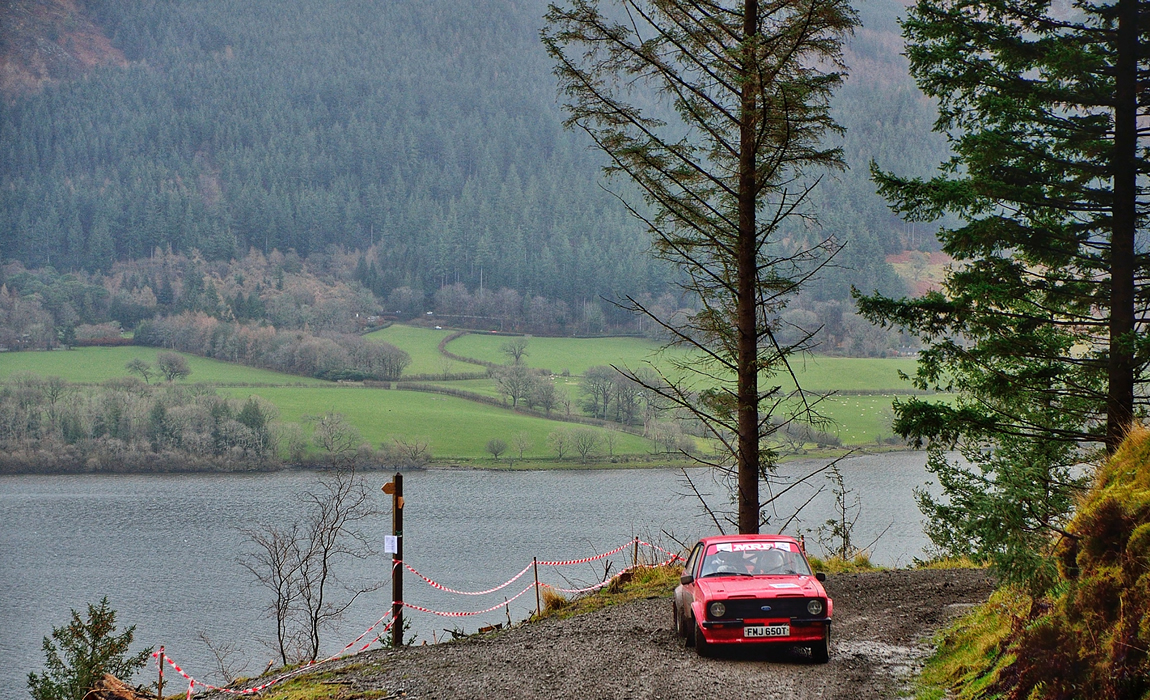 Crossing the finish line with well over a minute and twenty in hand to Robert Wright & Mark Fisher (also in an MK2 Escort), Crossen took the BTRDA Silver Start honours, with Andy Davison & Tom Murphy in the Talbot Sunbeam rounding off the Silver Star Podium. 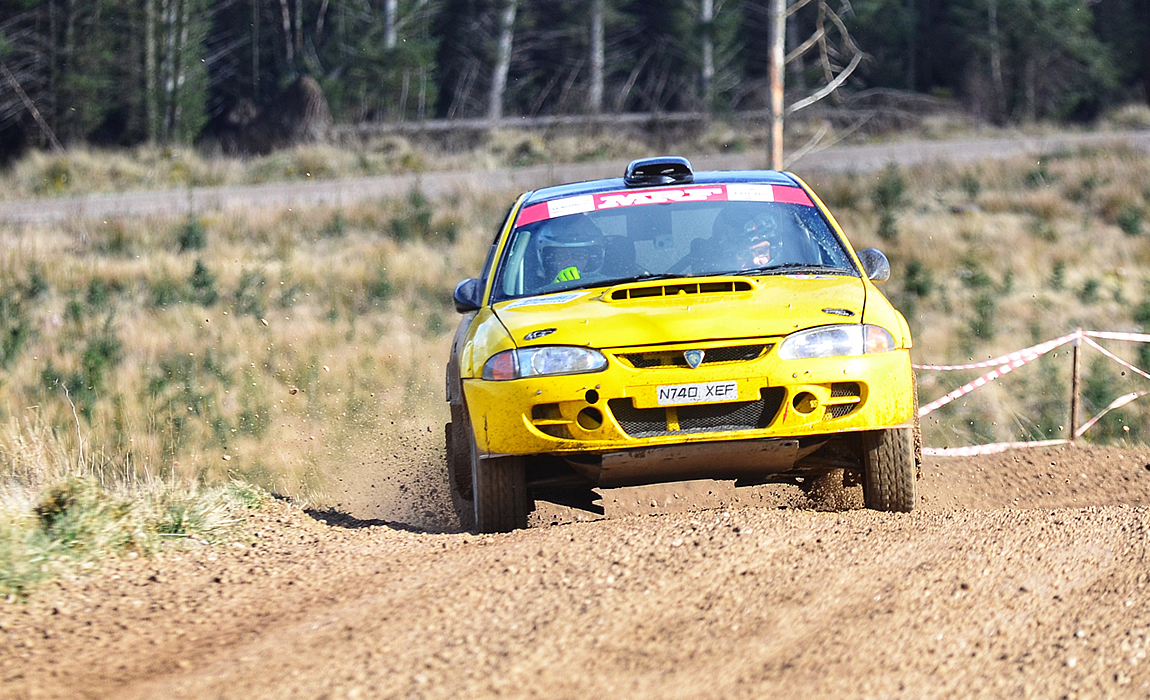 After winning the RF1.4 class, Lewis Hooper in his Nissan Micra took the overall Bronze Star award (+ Junior Driver award), ahead of the 1400’s class drivers of Gary Scott and Edwards James.

However as neither of those were BTRDA Registered crews, the top Historic H1/2 Class points were awarded to Alex Waterman & Glyn Thomas in the Datsun, who finished 5th in class and also takes the overall Historic Cup Class award.

Sacha Kakad & James Aldridge just about pipped Hugh Hunter & Rob Fagg by just 2 seconds for the overall H3 class win. As neither of those crews was BTRDA registered, the Historic Cup H3 Class points are awarded to Grant Inglis who finished 6th in class. 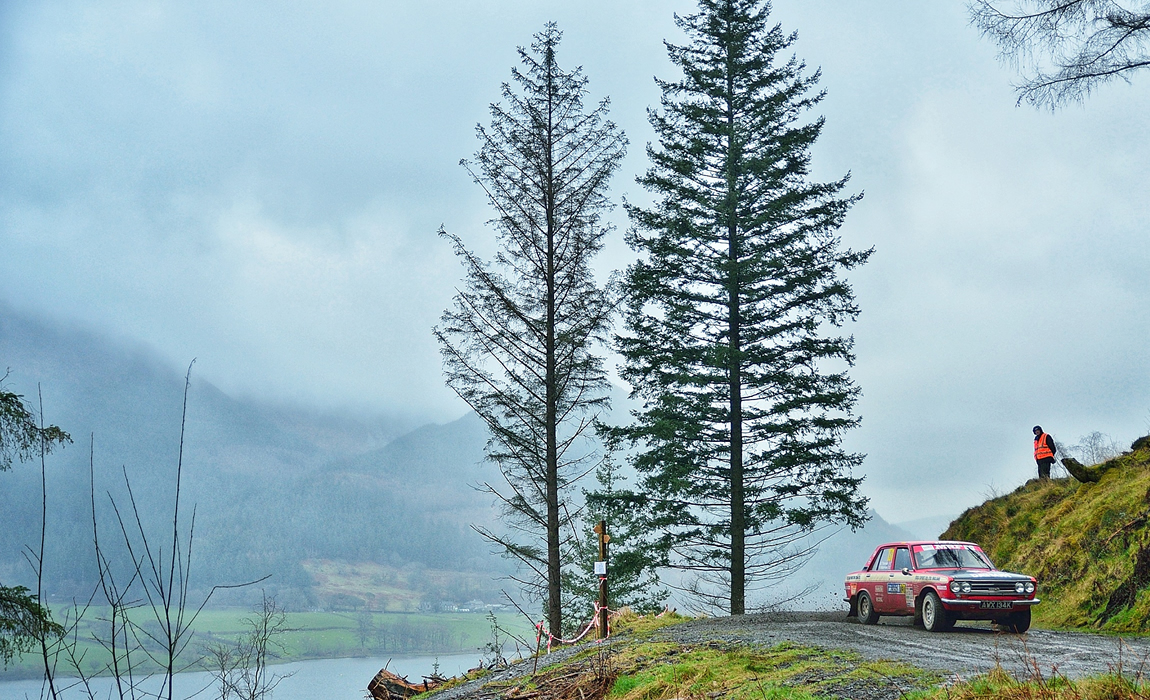 The MRF Tyres BTRDA Rally Championship will head to Mid-Wales for the Rally Nuts Stages, where World-Class Gravel Stages await the crews on 9th April.