A mainstay in the BTRDA rally Championships calendar for a number of years now, the Trackrod Forest Stages, Yorkshire returned to the MRF Tyres sponsored series for the fourth round of its 2021 Championship. This ever-popular event which is organised by the Trackrod Motorclub offered up some 45 competitive stage miles, spread over five classic North Yorkshire gravel stages around the Pickering area; for which 85 crews tackled. 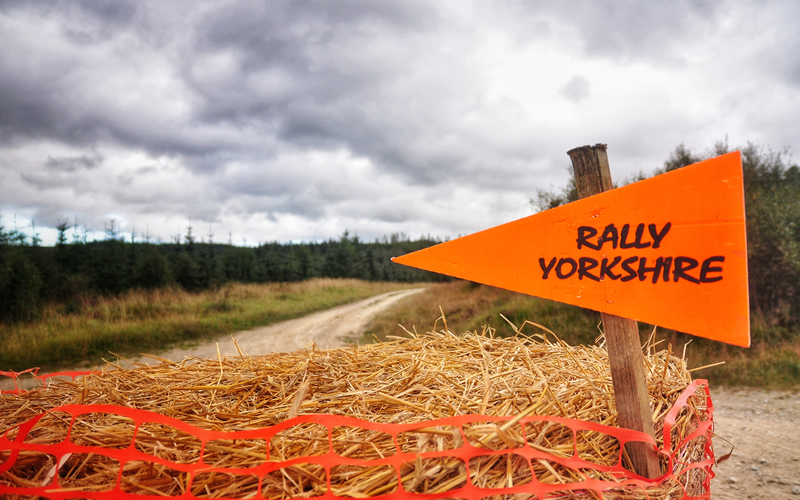 Last time out on the Woodpecker Garry Pearson won and would lead the Gold Star championships leaving Wales but the Scotsman would opt to tackle the BRC National Event instead leaving the likes of Callum Black, Ian Bainbridge and George Lepley to fight it out for the BTRDA Gold Star in the Yorkshire trees.

Bainbridge would set the pace on the opening 8.62 mile Cromptom Forest test in his Skoda Fabia, posting a time that was 4.6 seconds quicker than the Mitsubishi EVO X of Lepley; with Black in the R5 Fiesta 3.7 seconds behind in third following a small overshoot. 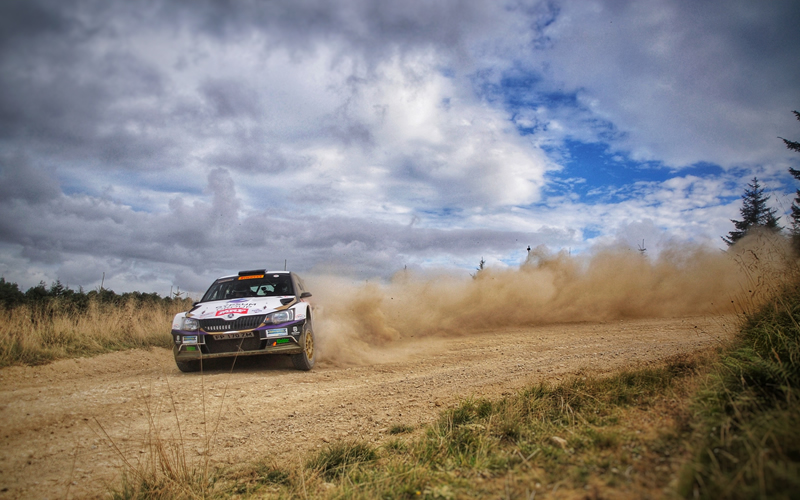 Bainbridge carried on his pace into the second stage through Gale Rigg and would extend his lead further to some 11 seconds overall; behind him Black had passed Lepley but only just, a slender 0.3 seconds separated the pair in second and third respectively. 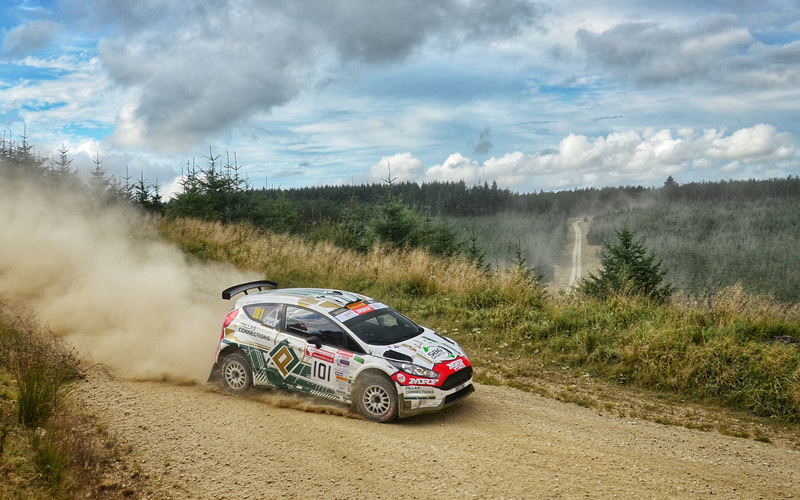 Black was keen not to let Bainbridge start to build up a lead and reacted in the Staindale Forest stage to grab his first stage win of the event, while rally leader Bainbridge posted a significantly slower time. This closed the gap down between them to just 1.8 seconds, but Bainbridge was not the only one to lose time in Staindale. 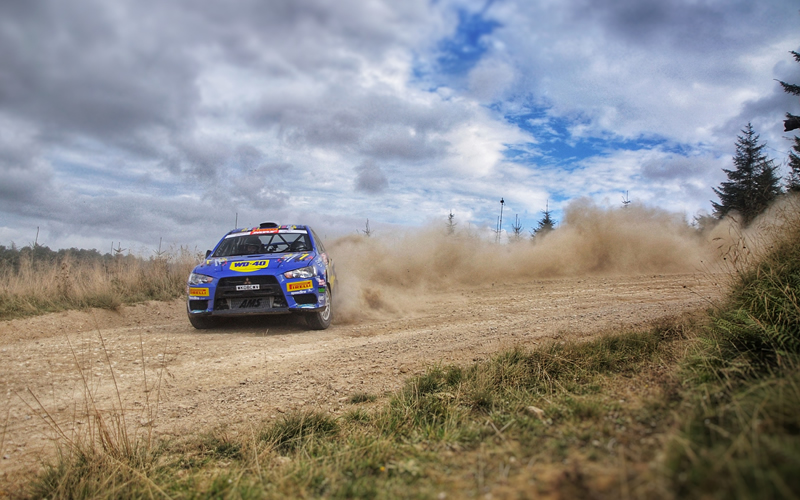 Young George Lepley was struck with mechanical issues, the rear differential on the EVO X expired leaving him with front-wheel drive only. Limping out of the stage and losing a shed load of time dropped him down to 6th overall, however, the service halt was up next and the team managed to replace it and have him back out in action again for the longest stage of the rally in Langdale Forest.

Bainbridge was back on form on the penultimate stage of the rally, grabbing his third stage win and increasing his lead over Black to 3.2 seconds with just a final blast through the legendary Dalby Forest remaining. 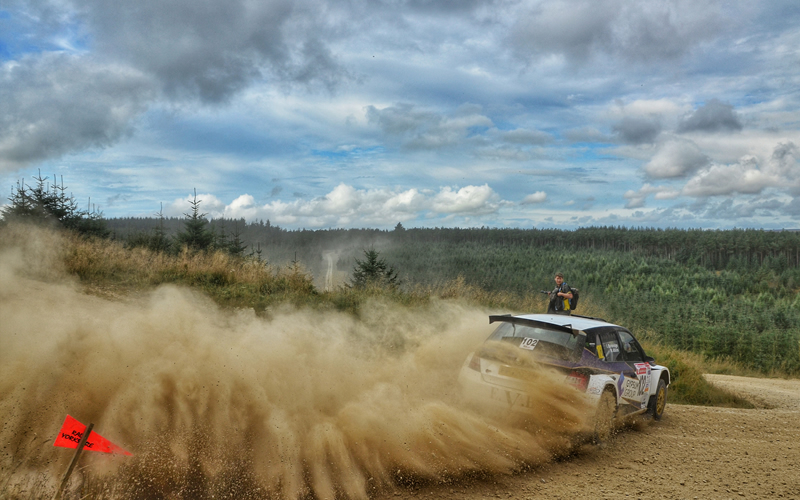 Lepley wanting to repay the efforts of his service crew went back out on full attack mode, re-gaining a couple of positions in the Langdale stage to head into the final stage just 0.8 seconds adrift from the now third-place man Tom Llewellin in the Mitsubishi Mirage R5. 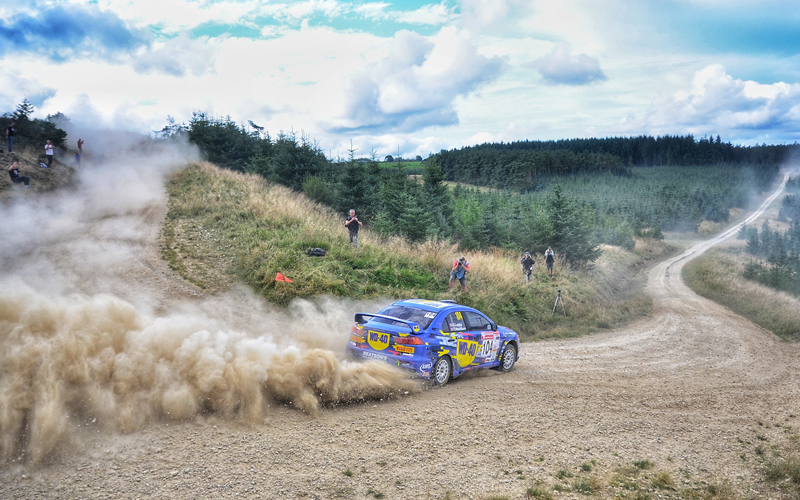 Ian Bainbridge headed into the final 11.23 miles Dalby Forest with a 3.2-second advantage but it would be Callum Black who would emerge from the trees as the victor. After three DNF’s in a row, finally, Black alongside Co-Driver Jack Morton had secured the top spot of the podium and left Yorkshire with maximum points. 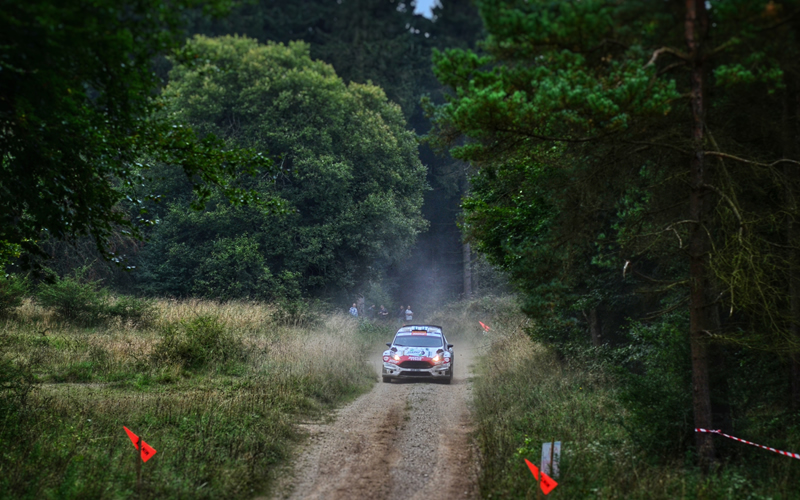 “Over the moon to win the Trackrod Rally Stages, Great Battle with Ian and co all day, the last stage had plenty of dramas. Maximum points keeps the championship alive”

George Lepley alongside Co-Driver Tom Woodburn would manage to overhaul Tom Llewellin & Ross Whittock on the final stage, crossing the finish line just half a second ahead to end the day second on the podium. 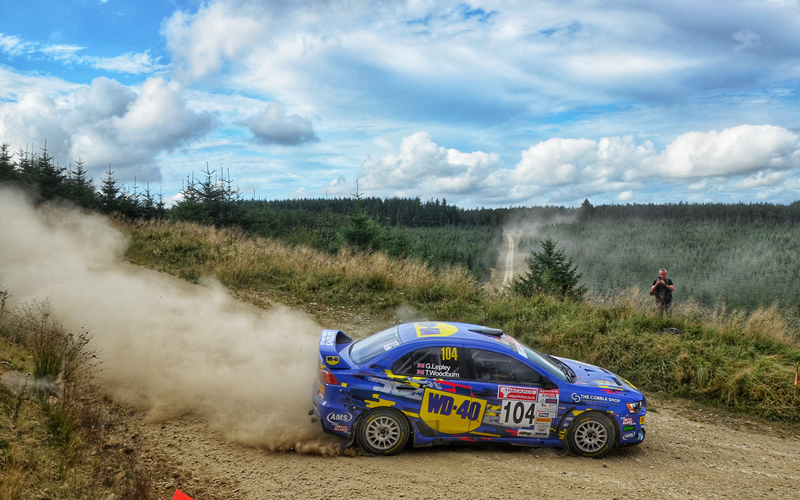 Lepley who also won the Juniors award said it was “An incredible day of highs and lows”, he now leads the Gold Star Championships and is 3 points ahead of Garry Pearson (109 pnts), while Bainbridge (107 pnts) rounds of the top three just two points down. 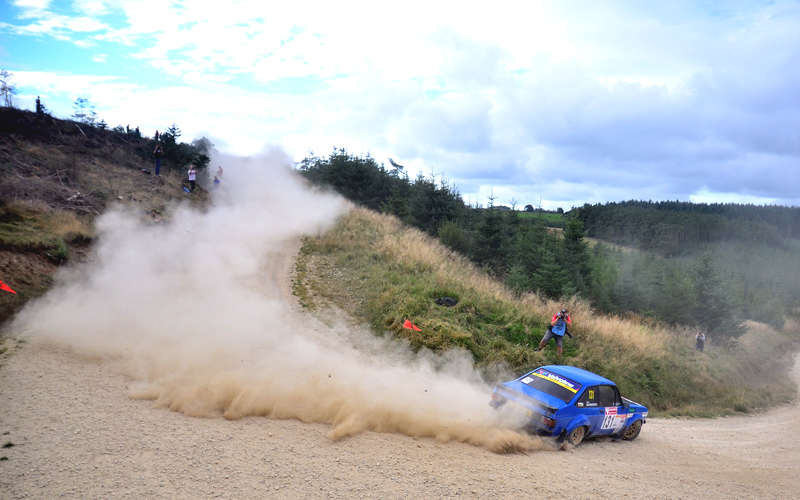 In the Silverstar Owen McMackin with Co-Driver Dai Roberts would pedal their MK2 Ford Escort home to 12th overall and B12 class honours beating Ashley Davis & Sam Fordham (also in a Ford Escort) incredibly by just 1.1 seconds, this Trackrod win moves McMackin up to third in the Silverstar. 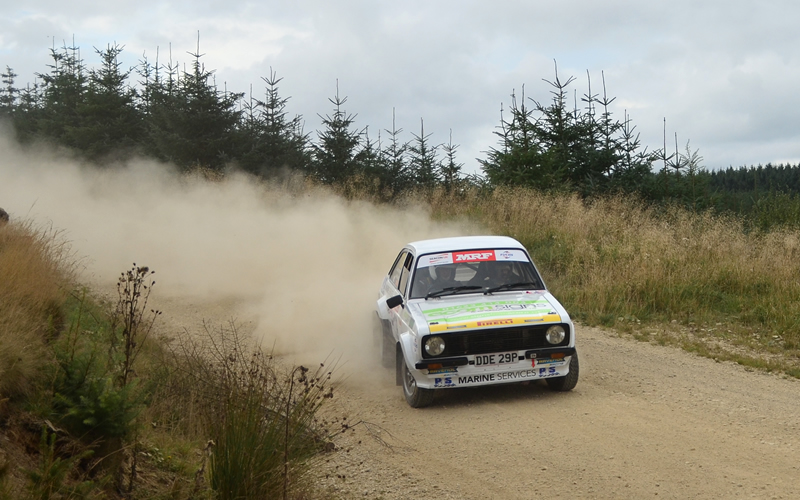 However, Paul Street who finished 32nd overall continues to lead Barry Jordon in the Silverstar Championships by just a single point. 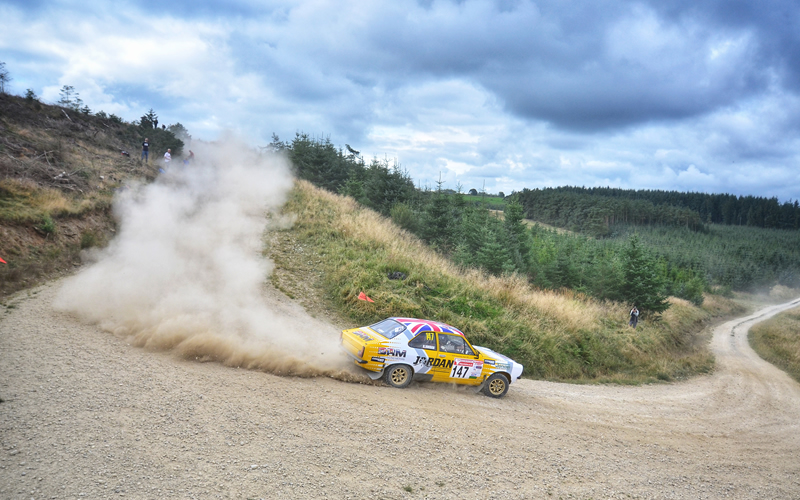 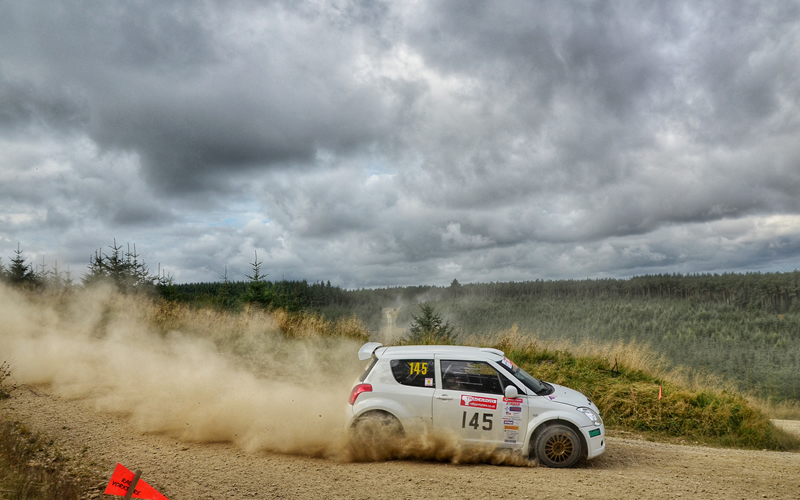 Elsewhere Steve Black/Paul Morris won the Bronze Star in the 1400 Suzuki Swift some 27.7 seconds ahead of the Vauxhall Nova of Dave Brick/Clive Jones. Ioan Llyode/Sion Williams took the R2 Cup win in their Peugeot 208. 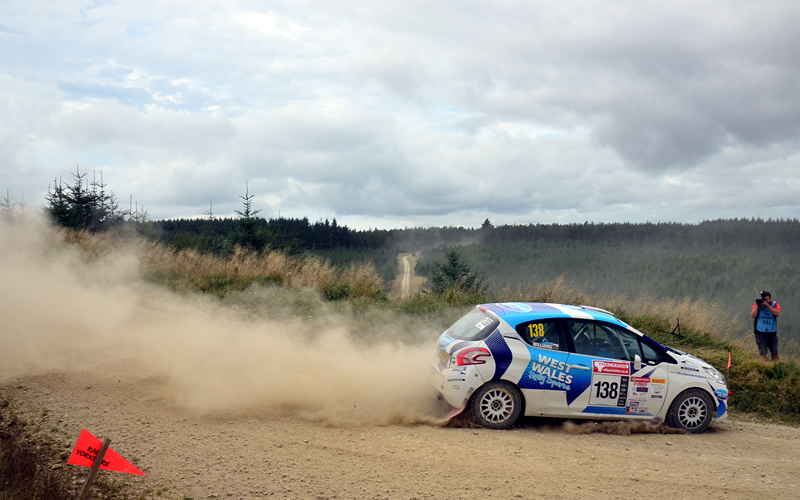 The MRF Tyres BTRDA Rally Series heads to North Wales to the Cambrian Rally – 30th October where the championship will return to some of those World-Class gravel stages.