Entering the back end of the season now, the MRF Tyres BTRDA Rally series arrived in Ludlow for Round 6 of the 2022 Championships at the Phil Price Memorial Woodpecker Rally. The Woody has been a mainstay in the BTRDA Series for many years and from its Rally HQ at the Ludlow Racecourse, a bumper entry of crews attended this Sixty and Worcester Motor Club organised event. Where 6 gravel stages, covering some 43 competitive stages miles across the Haye Park and Radnor Forest complexes awaited the crews. 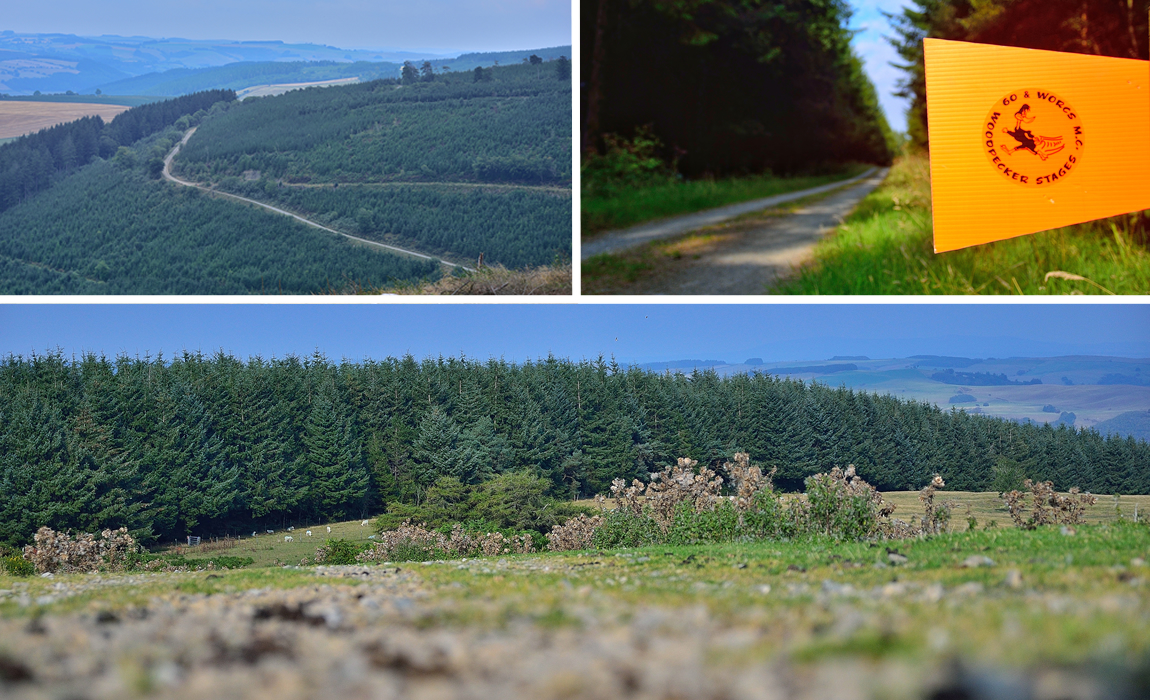 Last time out on the Nicky Grist Stages, Mathew Hirst alongside Co-Driver Declan Dear secured their second BTRDA GoldStar victory; but Hirst arrived in the Shropshire market town of Ludlow 5th in the Championship. It was Richard Hill who led Elliot Payne by 10 points at the top of the standings heading into the event.

However, the gaggle of GoldStar regulars would have to contend with a returning Callum Black, who had rocked up to Ludlow in a new Ford Fiesta Rally2 car which he looked likely to have stolen from Darth Vader!

And Black wasted no time in settling into that new car by kicking things off with the first stage win of the day through the opening 8.76 miles in Haye Park. By stopping the clocks 2 seconds quicker than Hirst, Black alongside Co-Driver Jack Morton clearly meant business right from the get-go. 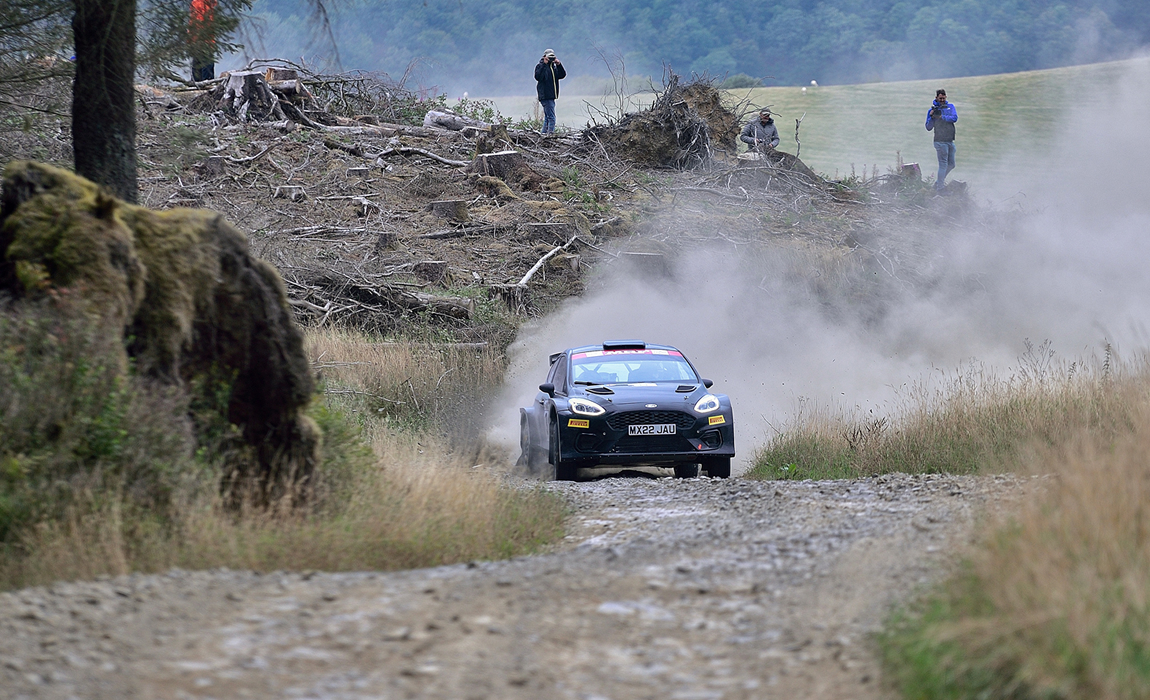 The crews then headed across the border and into Wales for two stages in Radnor Forest, where Hirst retaliated, taking those two seconds plus one more straight back in SS2 Cwm y Gerwyn 1. 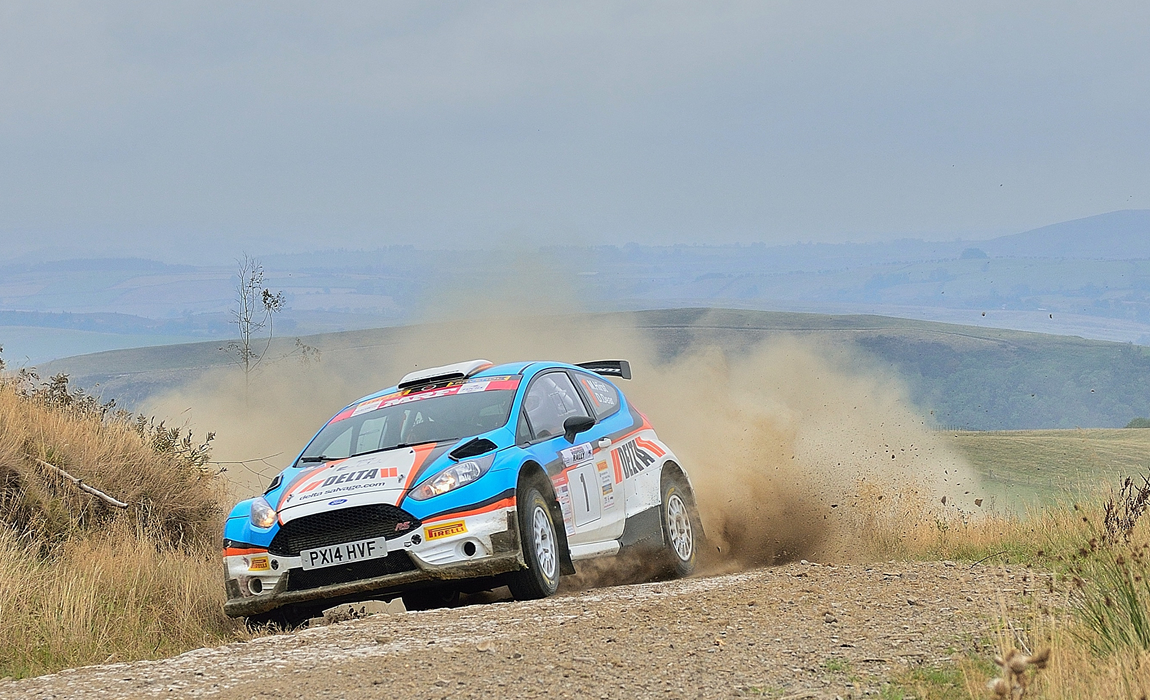 The final stage of the morning (Stanlo Tump) in the southern side of Radnor was perhaps where we got a pretty good idea of how the day was going to pan out. Black came back at Hirst to retake the lead of the rally and had won this, his second stage of the morning loop by 2 seconds. Black had also regained the lead of the rally by just a single second heading back to Ludlow for the mid-day service halt. The mornings antics out on the stages was great, what a ding dong battle this was turning out to be. 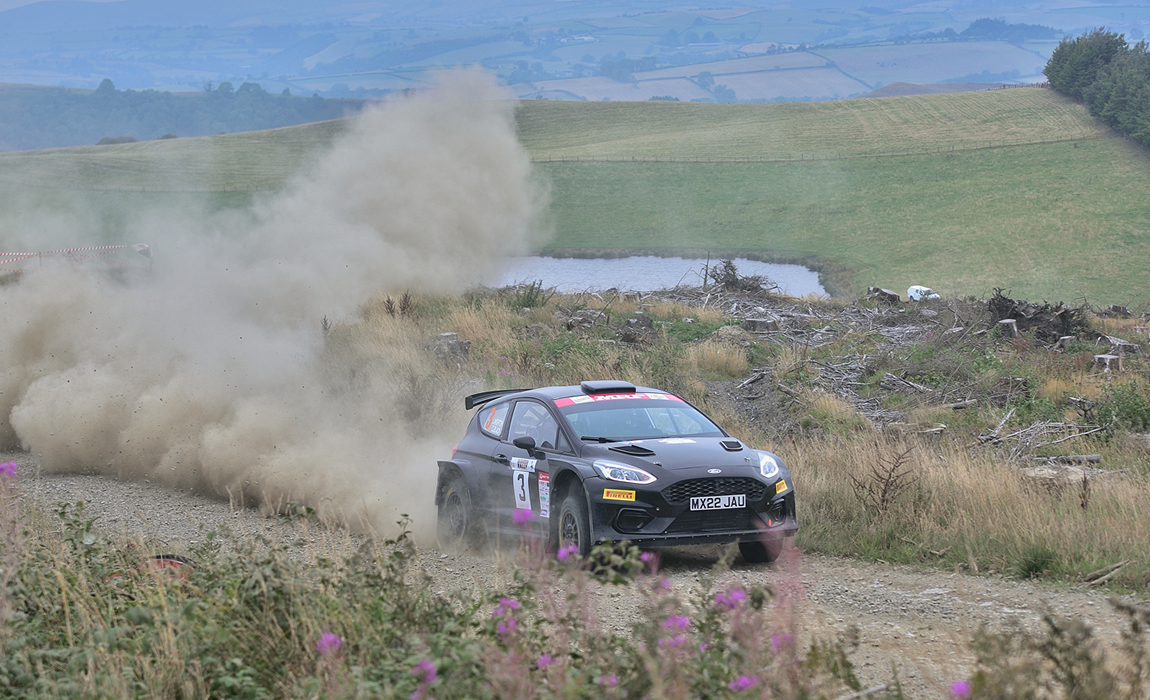 Behind that epic battle for the lead, Perry Gardener and Jack Bowen were keeping Elliot Payne at an arm’s length, Gardener was holding up a 9-second gap to Payne at the midpoints in the rally. 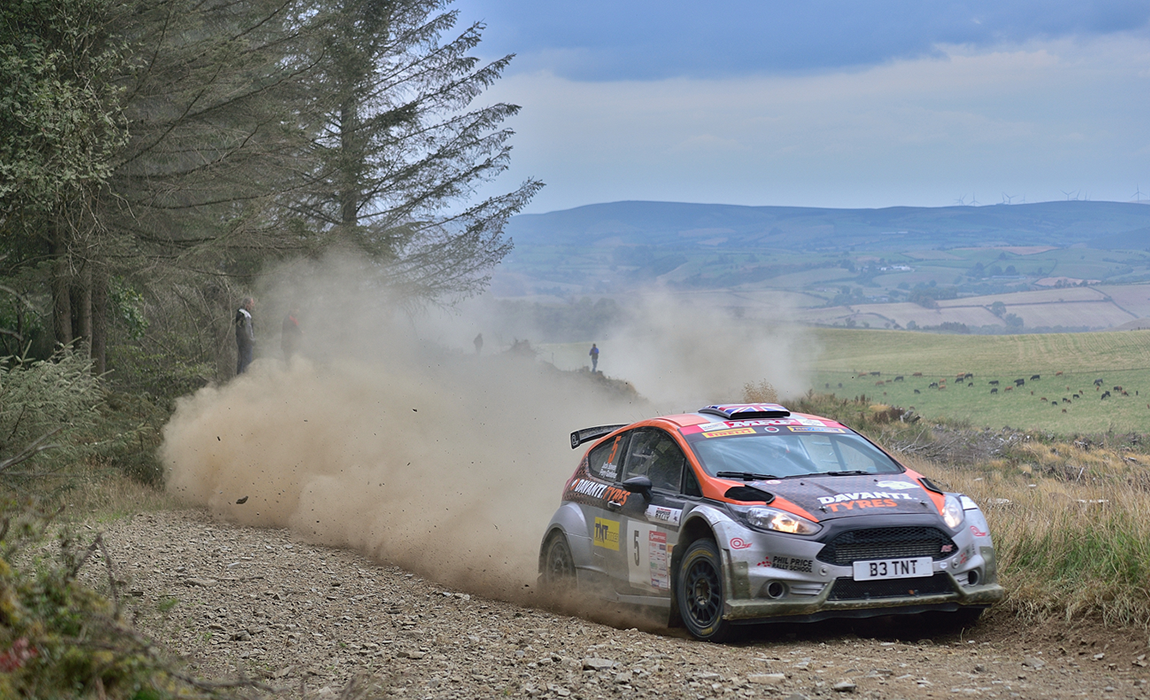 Meanwhile, in the SilverStar award, there was another battle in mid-flow, this time between the MK2 Ford Escorts of Boyd Kershaw and Michael McDaid. Kiwi Kershaw got the better of Irishman McDaid in the Haye Park and Stanlo Tump stages to lead the SilverStar by 11 seconds at the midpoint. 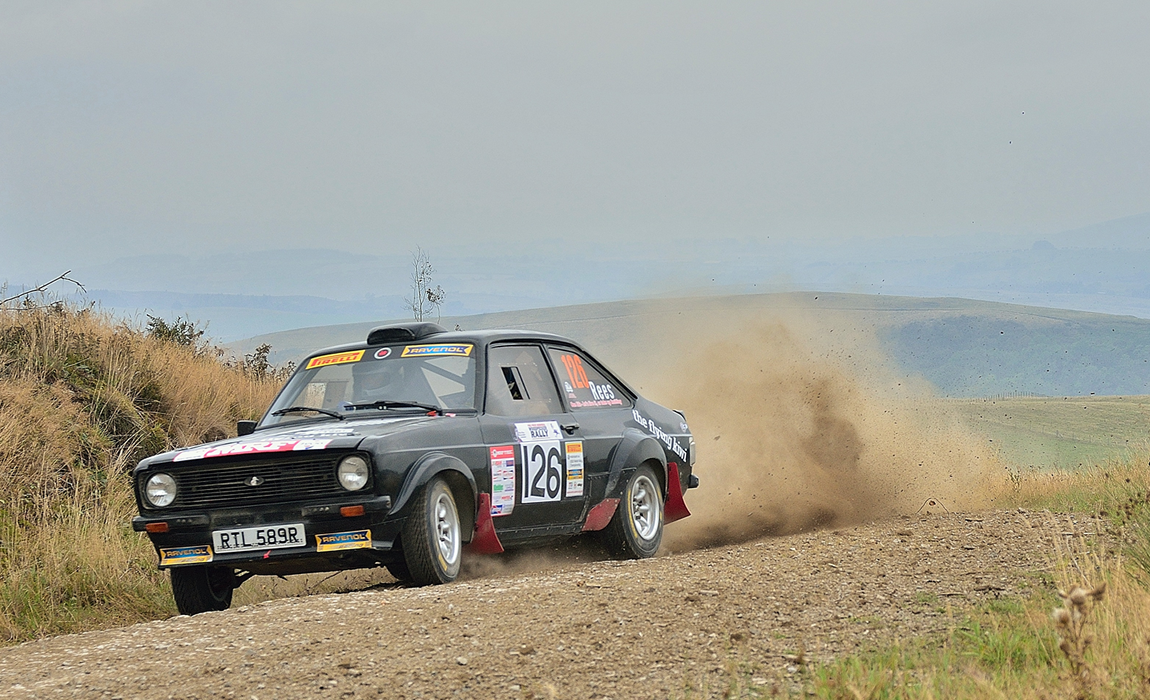 McDaid (H3 Class) alongside Co-Driver Declan Casey was, however, the leading Historic crew; getting the better of Jonathan Brace (H1/2 Class) in the MK1 Escort over those morning stages. 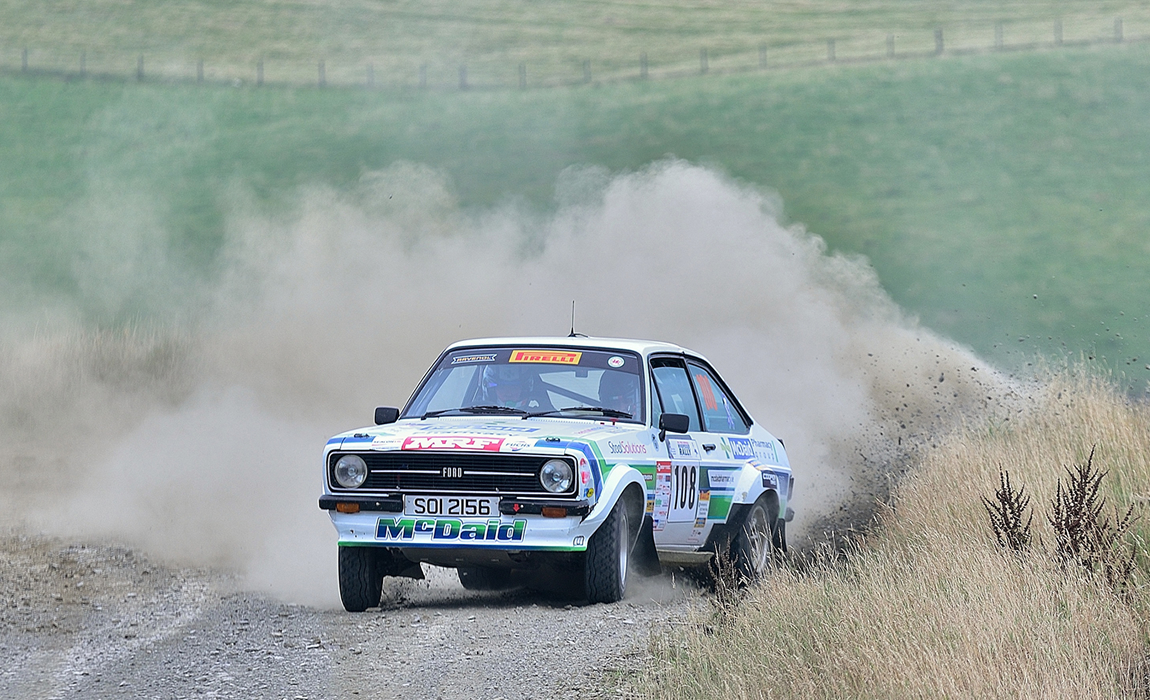 There was a bit of scrap going on in the BronzeStar award between a pack of Vauxhall Nova’s that were being driven hard by Nicky Grist winner Nigel Jenkins, Pete Gorst and a returning Dave Brick. 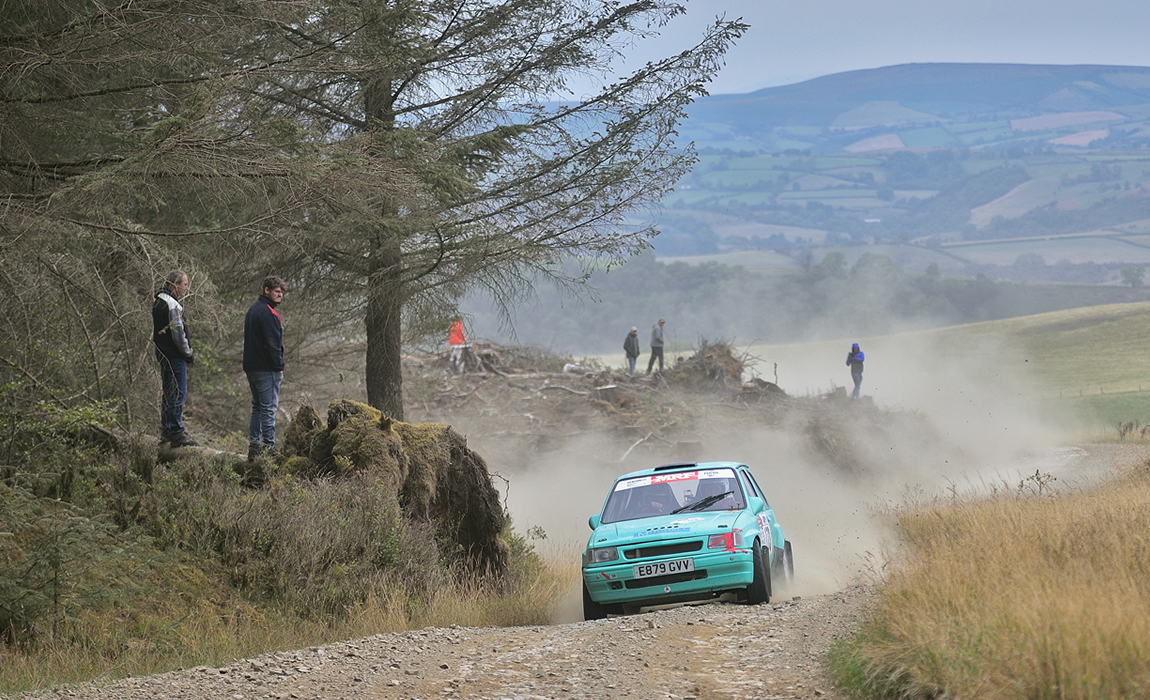 Local Ludlow man Brick got the jump out of the blocks on the opening two stages and was the leading 1400s until he dropped a chunk of time in the final stage (Stanlos Tump) of the morning loop.

This allowed Pete Gorst & Mark Twiname to pick up their first stage win, which catapulted them into the lead of the BronzeStar; heading back to the mid-day service stop in Ludlow with a 17-second lead over Nigel Jenkins. 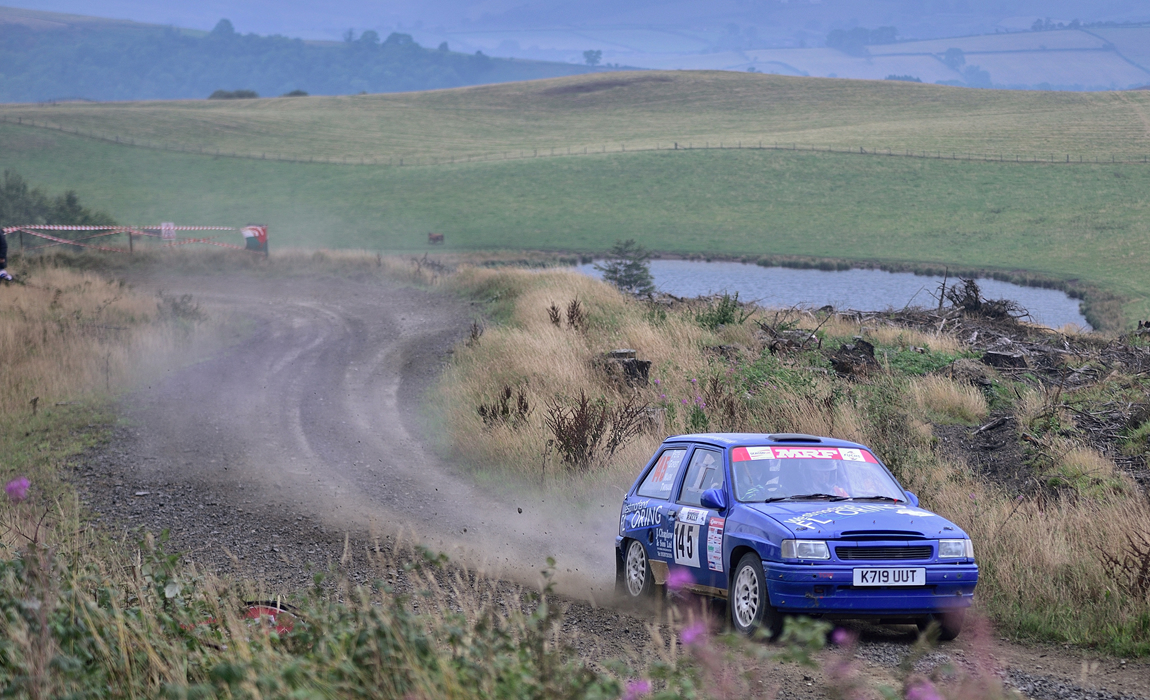 The repeated run through Haye Park in the afternoon would deliver a blow for Mathew Hirst and Declan Dear. Breaking a control arm on their Ford Fiesta R5 car in-stage, the pair would later retire on the road section and would head back to Ludlow prematurely with a DNF. 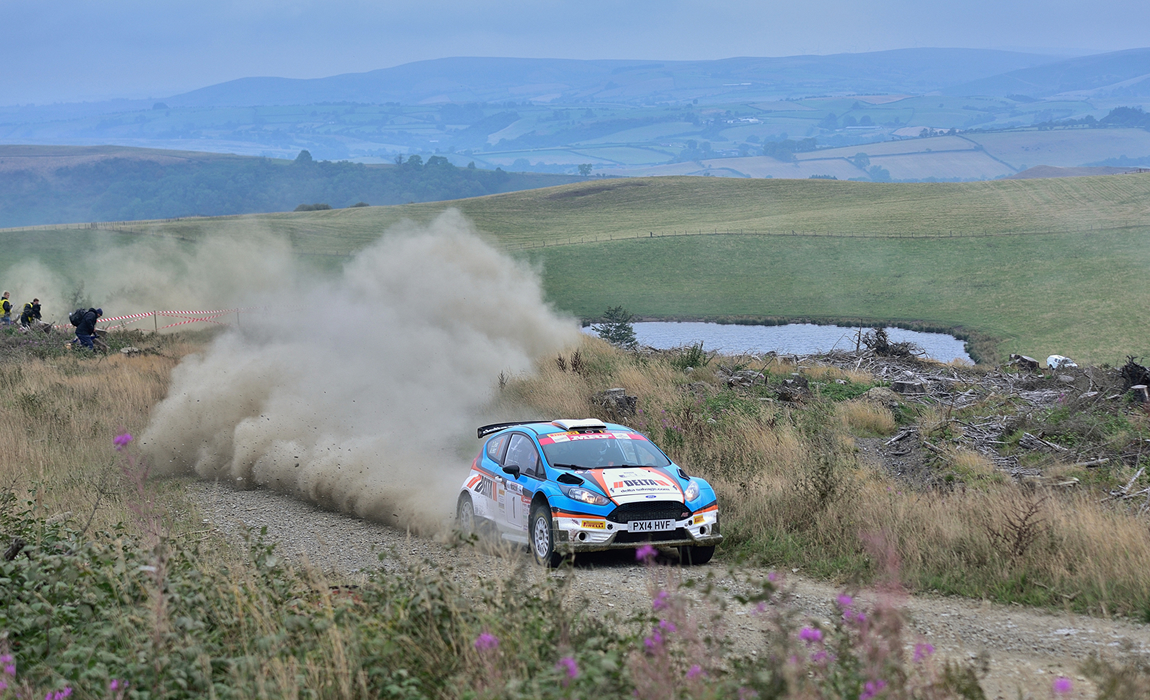 This unfortunate demise of Hirst left Black wide open to power on through the final two stages of the event pretty much unchallenged. 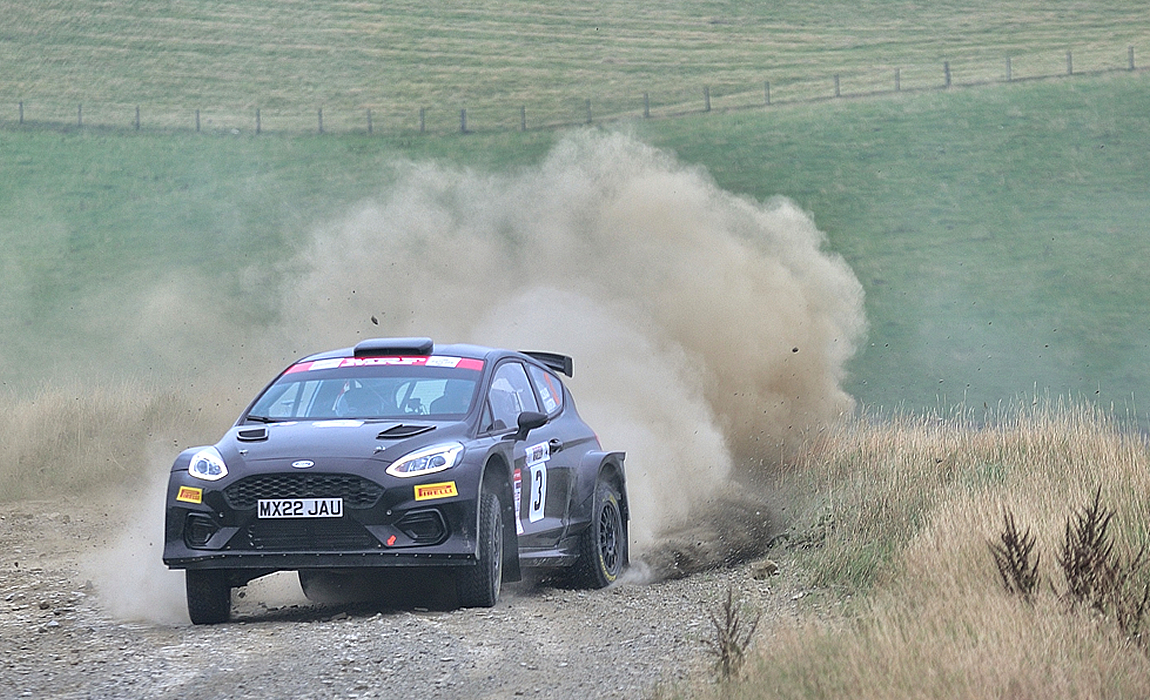 Black and Morton had emerged from that final stage in Radnor Forest triumphant on their first appearance of the year and they secured their first BTRDA GoldStar victory since the TrackRod Rally last year. Despite sitting out the entire season until now, the pair proved that even competing in a new car for the first time, they still had what it takes to win at this level.

Even though the likes of Mathew Hirst had retired from the fight, Black still kept him honest right up until that point. Black crossed the finish line back at Ludlow with almost 1 minute in hand to second place Perry Gardener and Jack Bowen. All this left us wondering, What if Black and Morton had of contested the whole season? 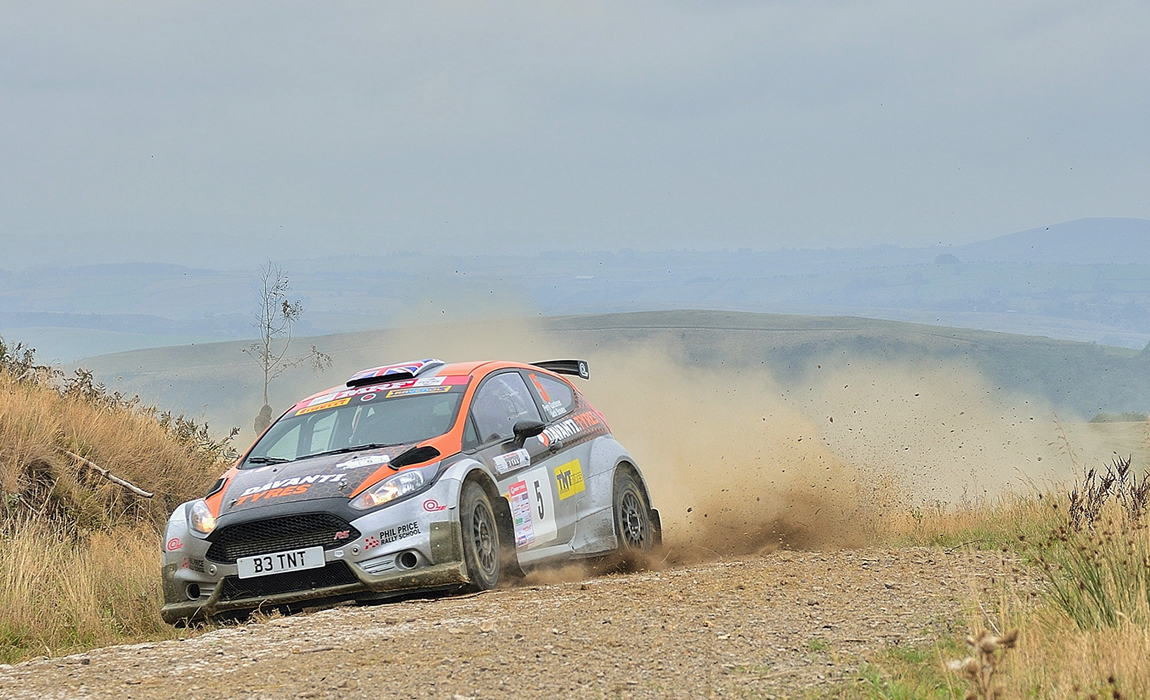 Gardener and Bowen were able to fend off Elliot Payne and finished the event with just 6 seconds between them. Payne’s result on “The Woody” allows him to climb up to second overall in the GoldStar standings, and is now 8 points behind Richard Hill who continues to lead the Championships after he finished second in the B13 Class to Russ Thompson by just a single second. 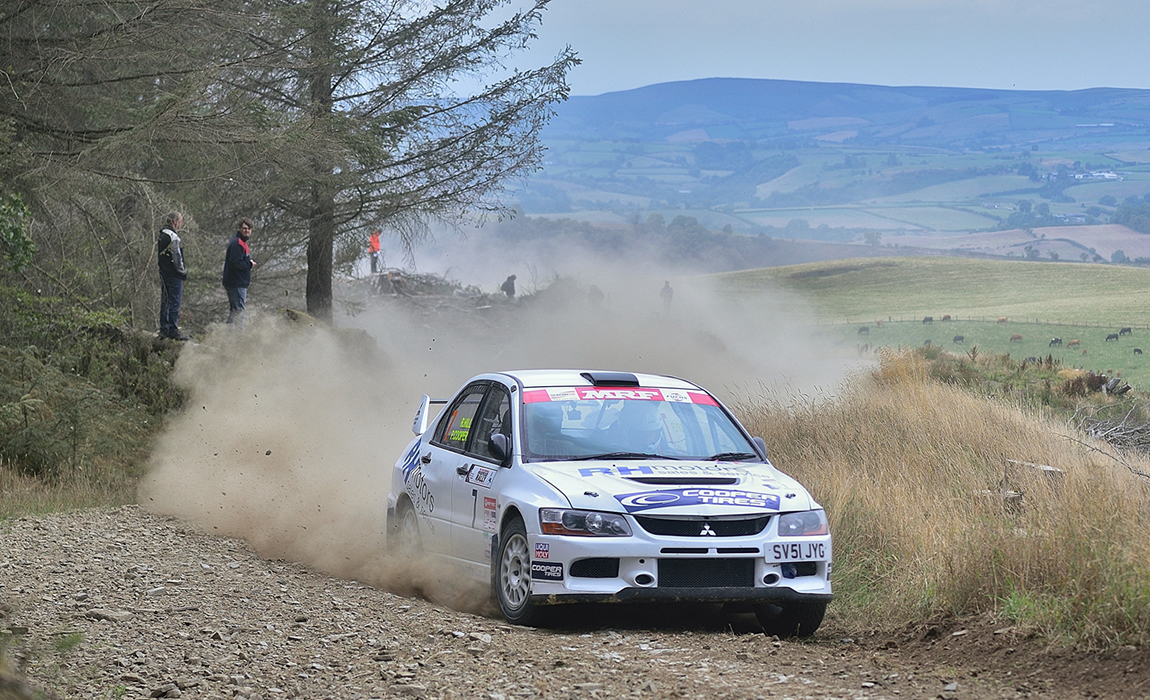 Boyd Kershaw alongside Keegan Rees was able to fend off Michael McDaid to secure the SilverStar honours. The pair peddled their MK2 Ford Escort back to Ludlow with 33 seconds in reserve and would secure their first SilverStar win of the season. Rob Wright alongside Mark Fisher on the notes would round off the podium but is still chasing down Nick Dobson who continues to lead the SilverStar. 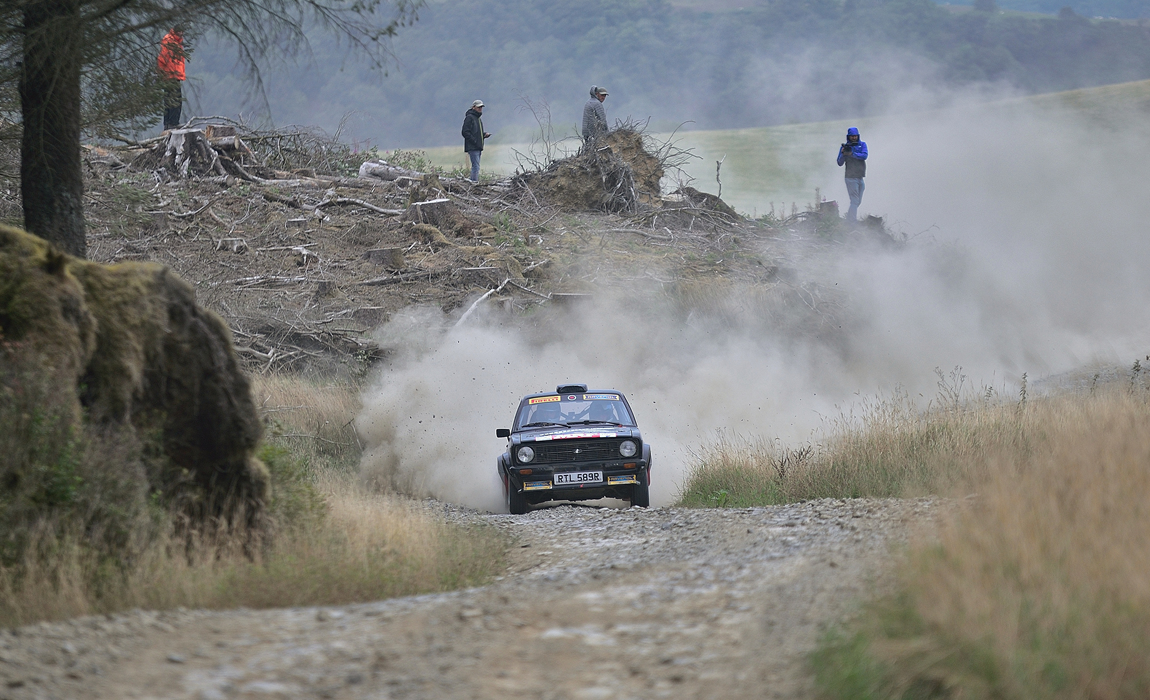 Grant Inglis who retired from the event on only the second stage, still leads the Historic Cup, and is some 20 points clear of McDaid, with Brace just two points behind in third.

That 1400s Vauxhall Nova battle continued to rage on throughout the afternoon’s loop of stages, but there could be only one victor. Dave & Freddie Brick had a strong afternoon setting the fastest times on all three stages. The pair ended up storming back to Ludlow with almost a minute lead to secure the BronzeStar award win. 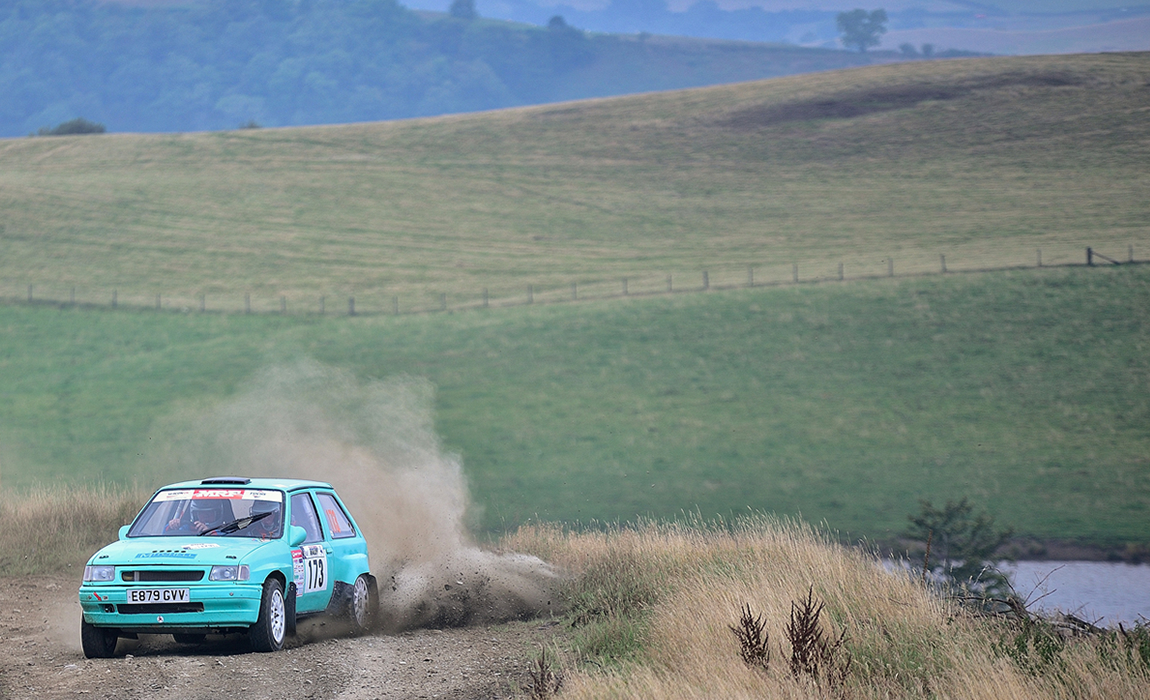 Bronze Star returnee Brick had denied Nigel & Karen Jenkins of repeating their win from last time out. But nevertheless, the battle that Jenkins had with Pete Gorst and Mark Twiname, who finished just 3 seconds and third on the podium behind was immense, right through to the final stage. 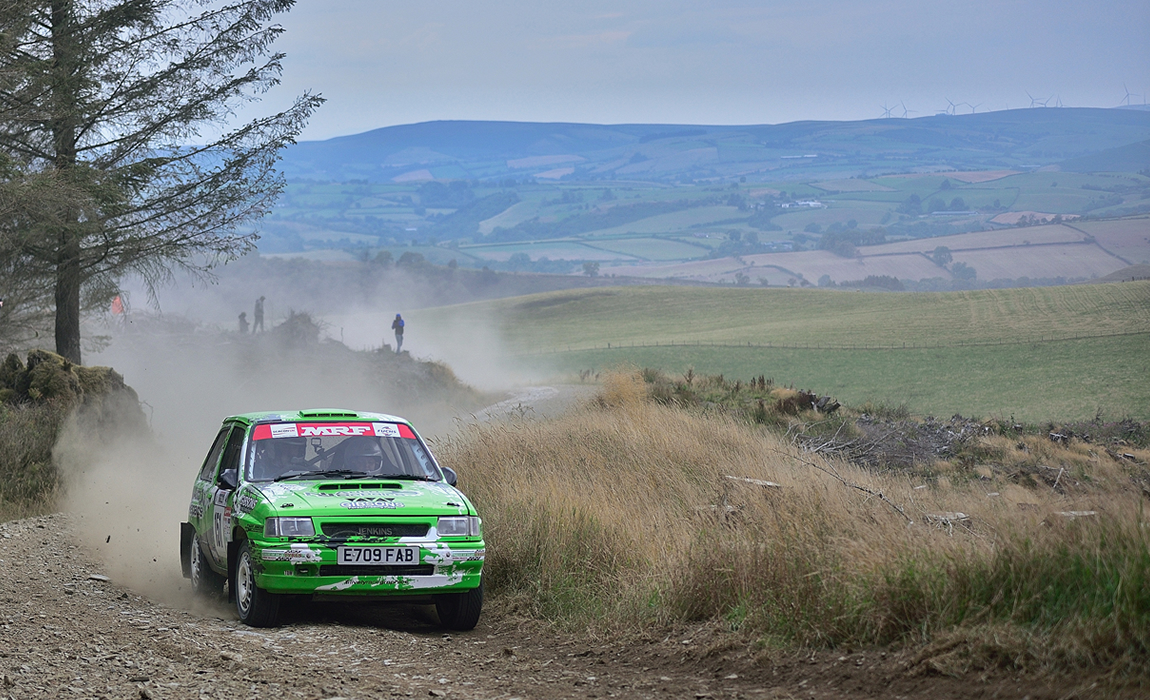 The MRF Tyres BTRDA Rally Championships heads to North Yorkshire for the penultimate round of the 2022 season. At the Trackrod Forest Stages (23rd & 24th Sept), classic gravel test in the Yorkshire forest of Crompton, Gale Rigg and the Dalby Forest complex will await the crews as the series begins its conclusion in the final two rounds.