The Pirelli Ravenol Welsh National Rally Championship arrived in Bala for the third round of the 2022 season at the Knutsford & District Motorclub organised Plains Rally.

Last time out on Rally Nuts Stages, Matthew Hirst secured his second victory of the season in what was another dominant performance out in his Ford Fiesta R5 car in the Forest of Mid Wales. This time around, although he would face little competition in numbers, there was, however, an initial challenger willing to step up and bring the fight to him. 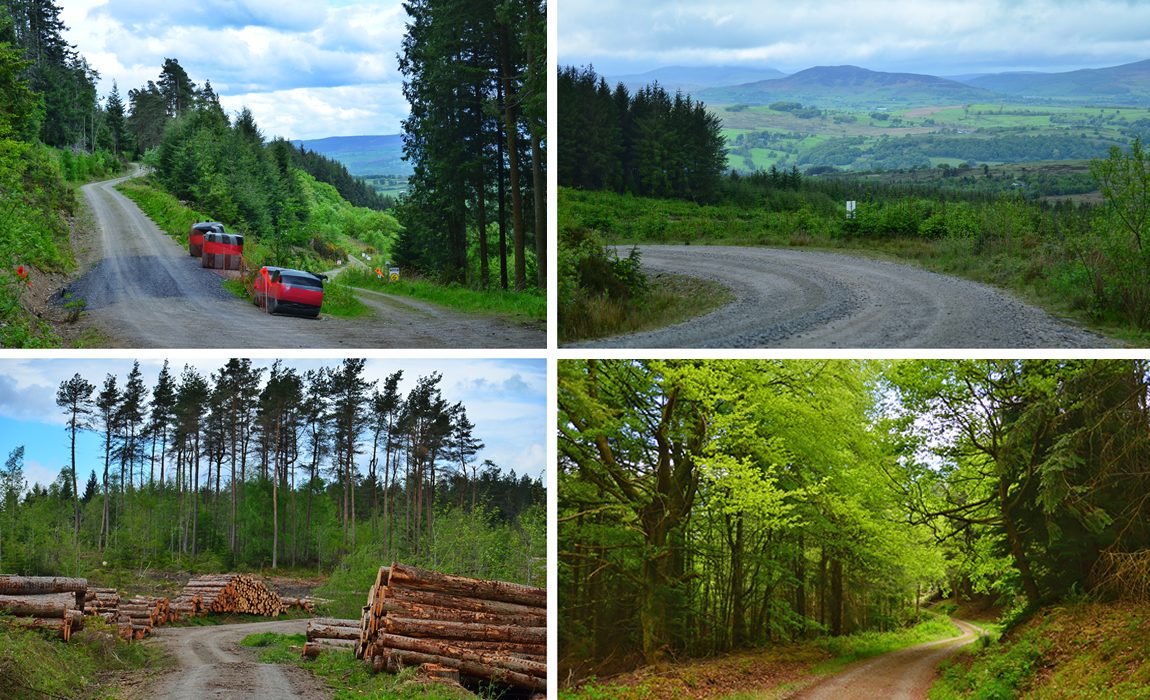 Having relocated further North to Bala for the 2022 edition, the Plains Rally featured some of those infamous gravel stages in the forests of North Wales. With ten short but sharp stages covering some 44 competitive stage miles laid out through Aberhirnant, Llangower, Alwen and Clocaenog Forest; the competitors we treated to some World-Class stage rallying.

The opening stage of the rally, at a little over 4 miles in length would get underway early doors in Aberhirnant Forest. Here the Championship leader, Hirst along with David Henderson (also in a Ford Fiesta) would beat the stage boogie time. They would therefore both be awarded the same time, with James Giddings in the W13 Mitsubishi EVO9 being the best of the rest on that first fast test.
There was however one noticeable retirement already, Hirst’s closest Championship rival, Dylan Davis would retire his Skoda Fabia R5+ car on that opening stage of the rally, leaving things perhaps wide open for Hirst. 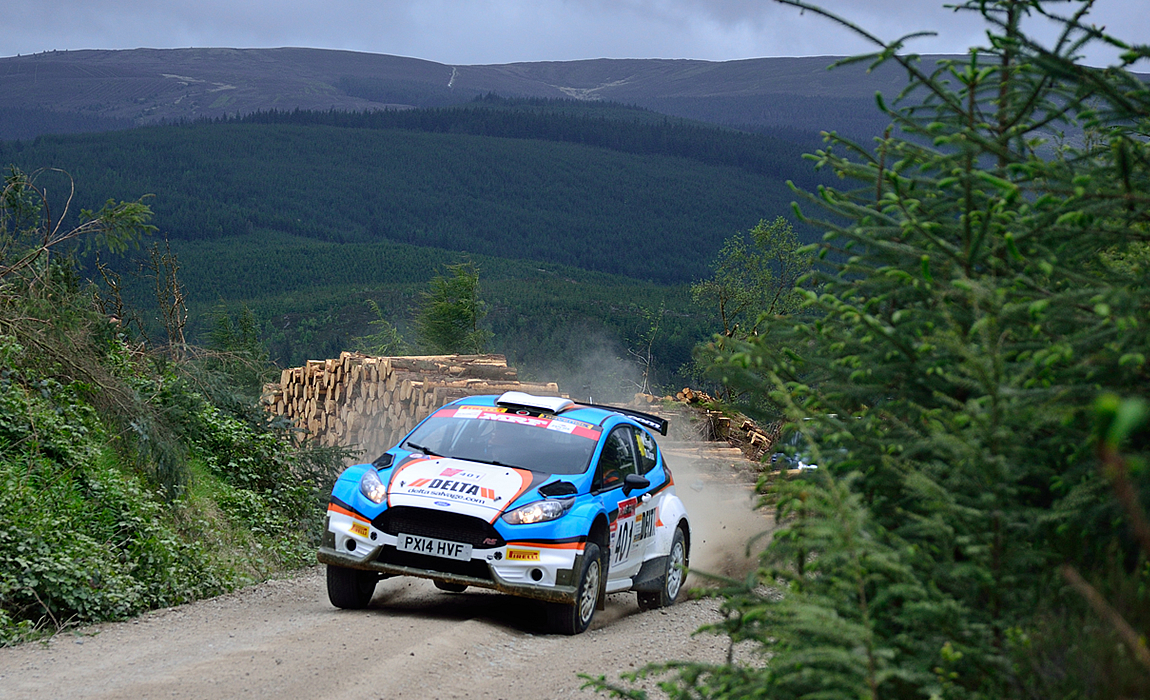 Across the road in Llangower would be where Hirst would make a start on mounting up a lead over the field behind him. By posting the fastest time that was three seconds faster than Henderson over the 3.94-mile stage, he would as expected, take the lead of the rally.

As the crews headed a little further North to the Alwen Forest complex, over the shortest test of the rally at just 2.8miles through Alwen South, both Hirst and Henderson would once again beat the stage boogie time. The leaderboard would remain unchanged here but in the very next stage, those early predictions of Hirst having it all his own way were dissipated. 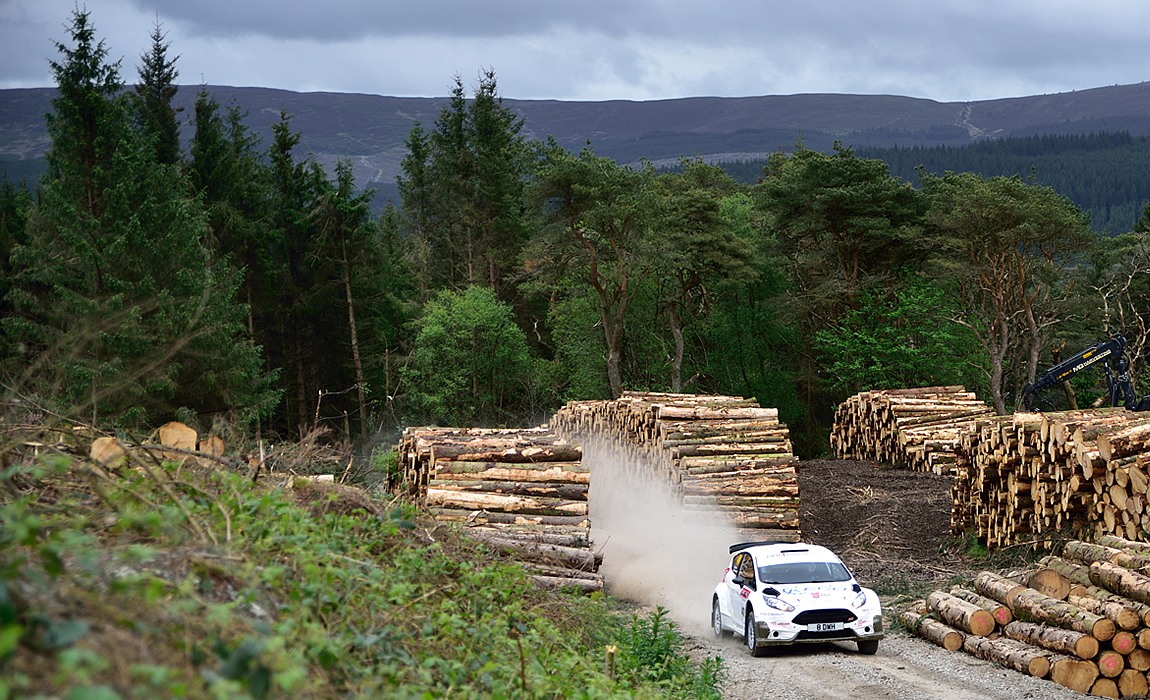 Henderson alongside Co-Driver Chris Lee had gotten the better of Hirst, by posting a time that was some 6 seconds faster than him, he had not only won his first outright stage but had taken the lead of the rally. With just one final stage through the eastern side of Clocaenog Forest remaining before the mid-day service halt in Bala, Hirst was ever so slightly on the back foot.

In that final stage of the morning, Hirst alongside Co-Driver Declan Dear remained calm and regained control of the rally with a commanding stage win in SS5 Cloc East 1. 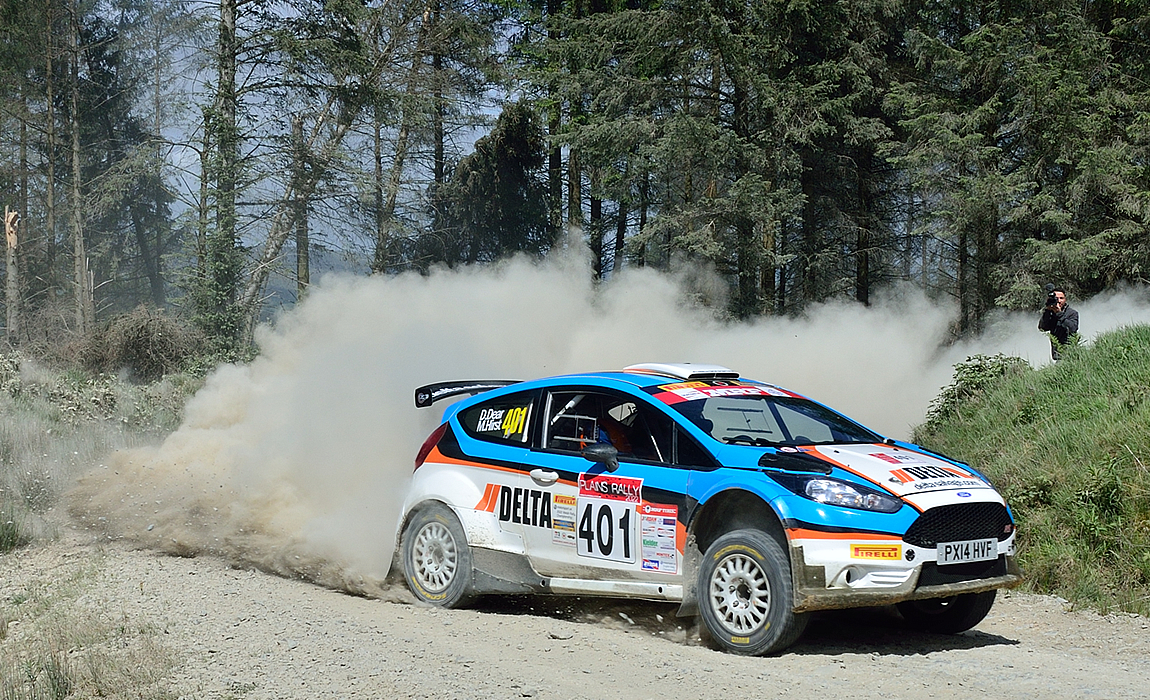 By beating Henderson by 6 seconds he had taken back that lost time from the previous stage and was heading back to service in Bala with just 3 seconds in his back pocket.

Back out after service and the repeated run through Aberheirnant saw an exact copy of the morning’s timesheets. Once again Hirst and Henderson had beaten the boogie, along with third place man James Giddings and fourth-placed Bob Morgan to boot. Henderson determined not to lose sight of Hirst, came back at him in Llangower with his second stage win to close the gap between the pair to just a single second. 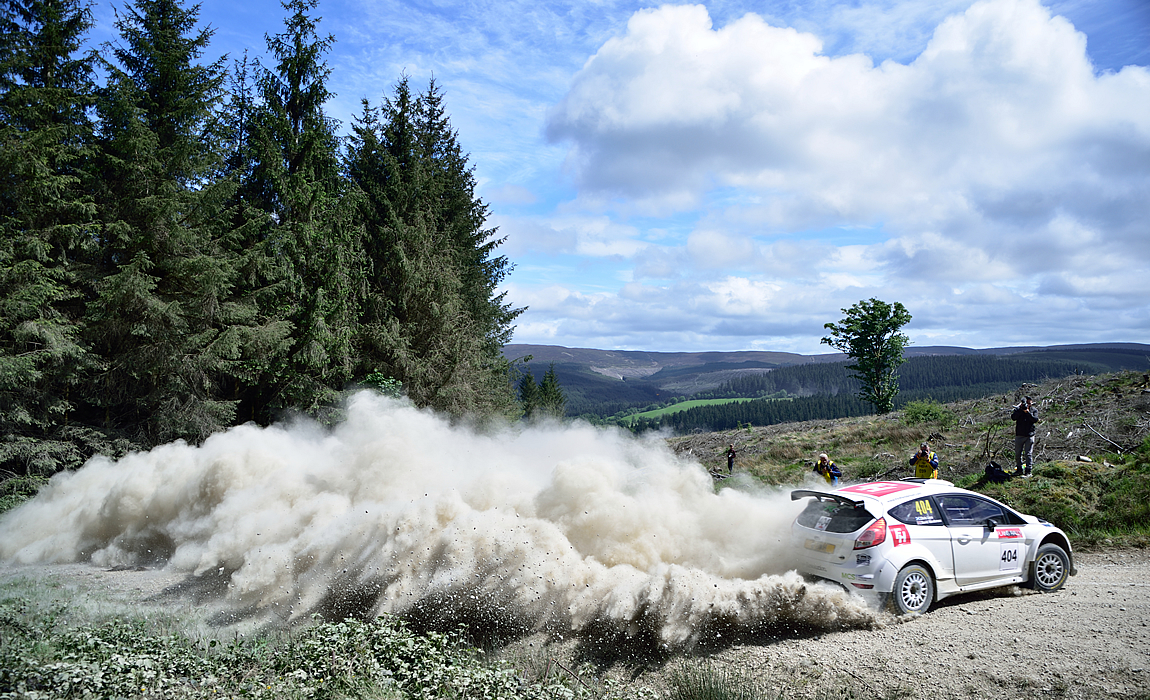 Finally when it was just looking like Hirst was going to have a battle on his hands in the afternoon for the win; it was to all go out of the window within a heartbeat.

Following his superb stage win in SS 7 Llangower, David Henderson alongside Co-Driver Chris Lee were to, unfortunately, retire on the road section with electrical problems.

The unfortunate demise of Henderson brought with it also, the demise of any chance of a challenger to the thrown of Hirst; which resulted in only one outcome from then on. Hirst netted a further three stage wins to end his day once again on the top step of the podium scoring a hattrick of wins. Despite picking up three punctures throughout the day, Hirst and Dear had crossed the finish line with a whopping 1 minute 25 seconds in hand.

“Certainly wasn’t an easy day, with three punctures and a few other head aches along the way.” “Cheers to the boys, who turned the car around in a week from the Border Counties, nice to repay the sacrifices made with a result like this.” 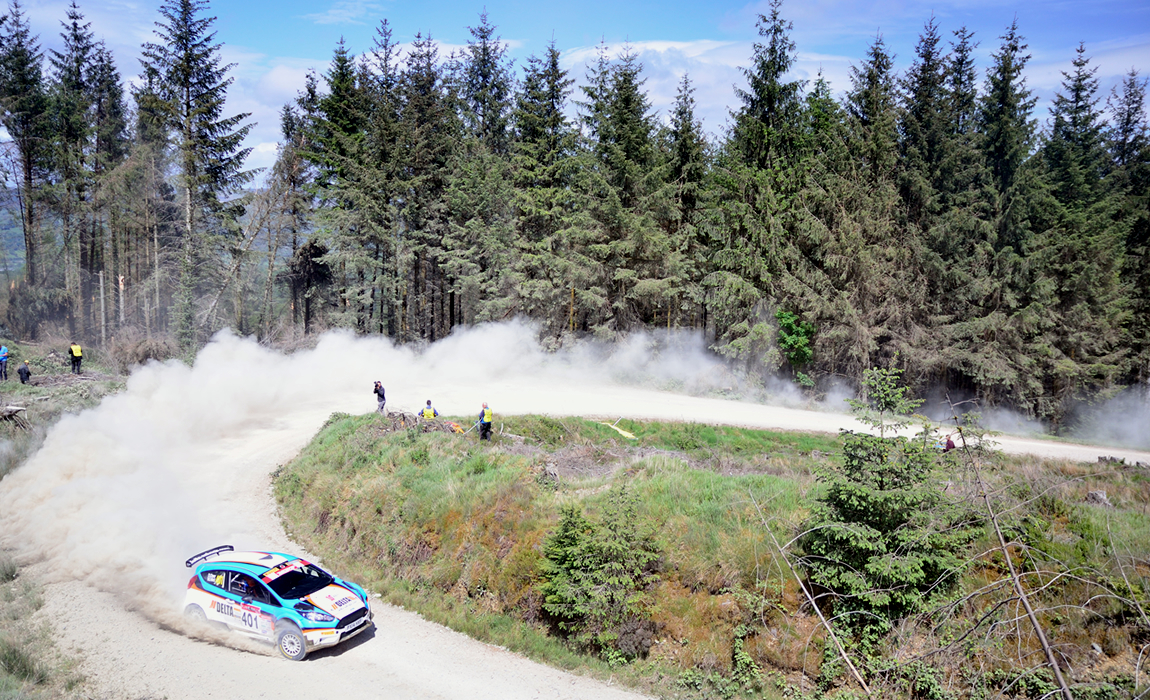 With a magnificent drive in the Mitsubishi EVO 9 on only his second event in the newly acquired Group N machine, James Giddings alongside his Co-Driver Aled Davis had finished second on the podium (+ Class W13 winners); with Bob Morgan rounding off the third spot on the podium.

Morgon who was Co-Driven by Ade Williams in the Škoda Fabia R5 continues to lead the Ravenol Challenge. 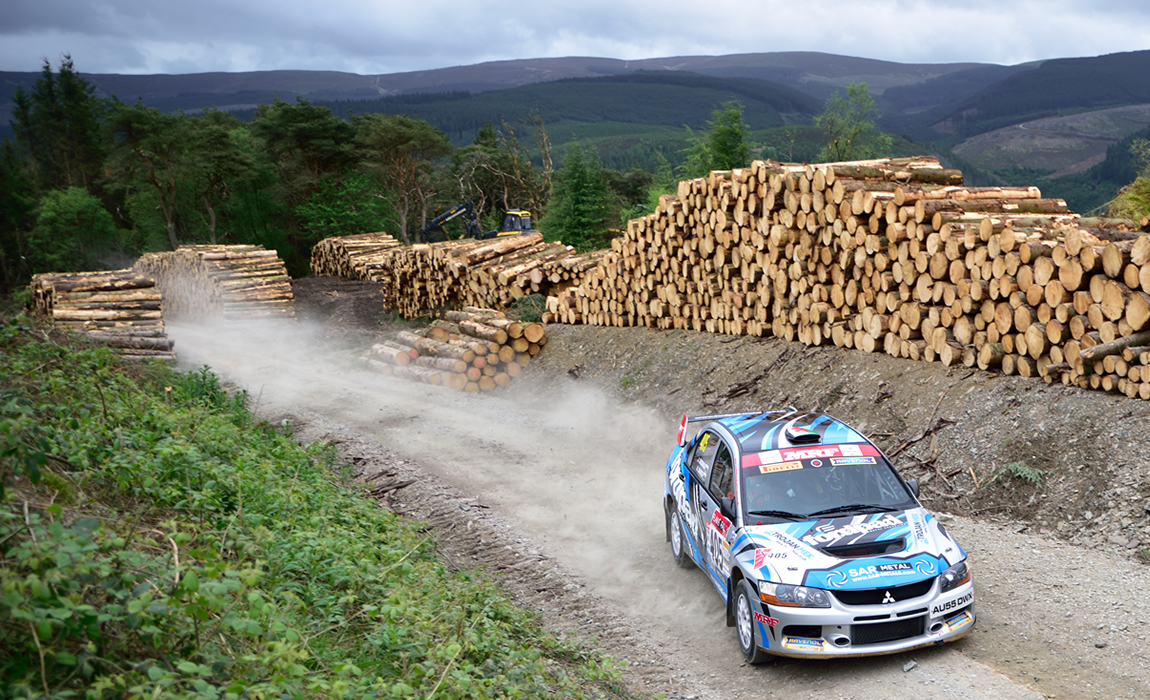 Meanwhile, in the two-wheel drives, Flying Kiwi Boyd Kershaw continued on with his return to rallying in his MK2 Ford Escort, by once again topping the 2WD for the second time running this year. 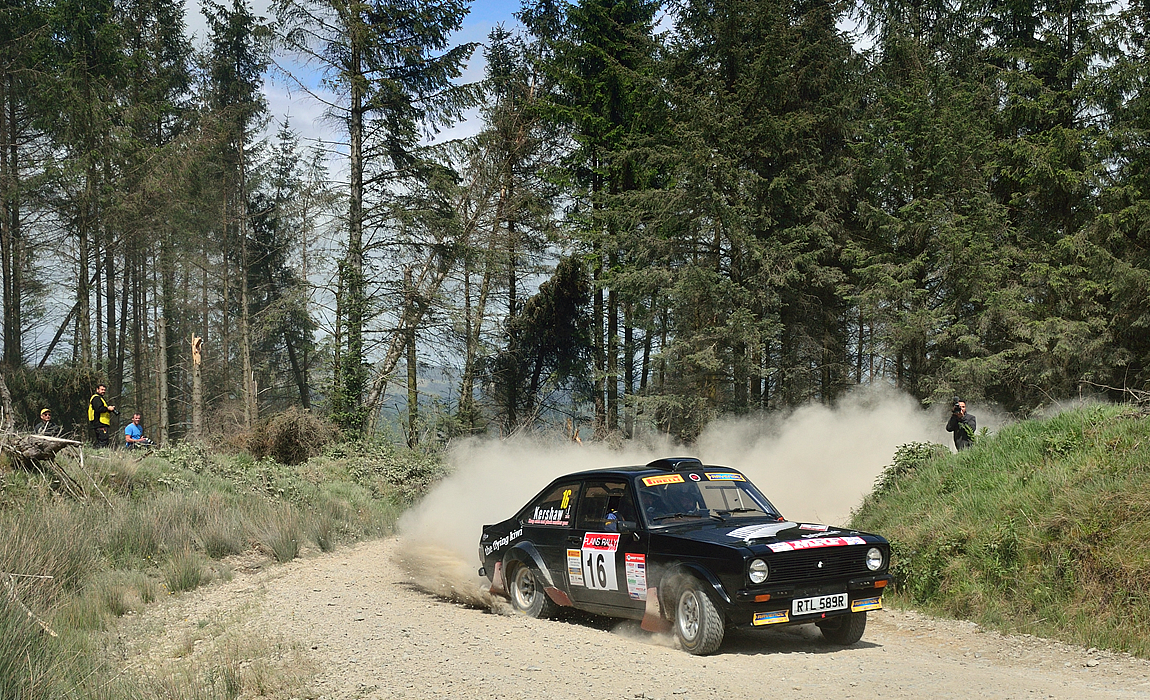 Despite having a few gearbox issues in the morning loop of stages, the Kiwi alongside Co-Driver Keegan Rees was able to bring it home ahead of the BMW E30, which was being driven by Kevin Metcalfe and Ian Jones. 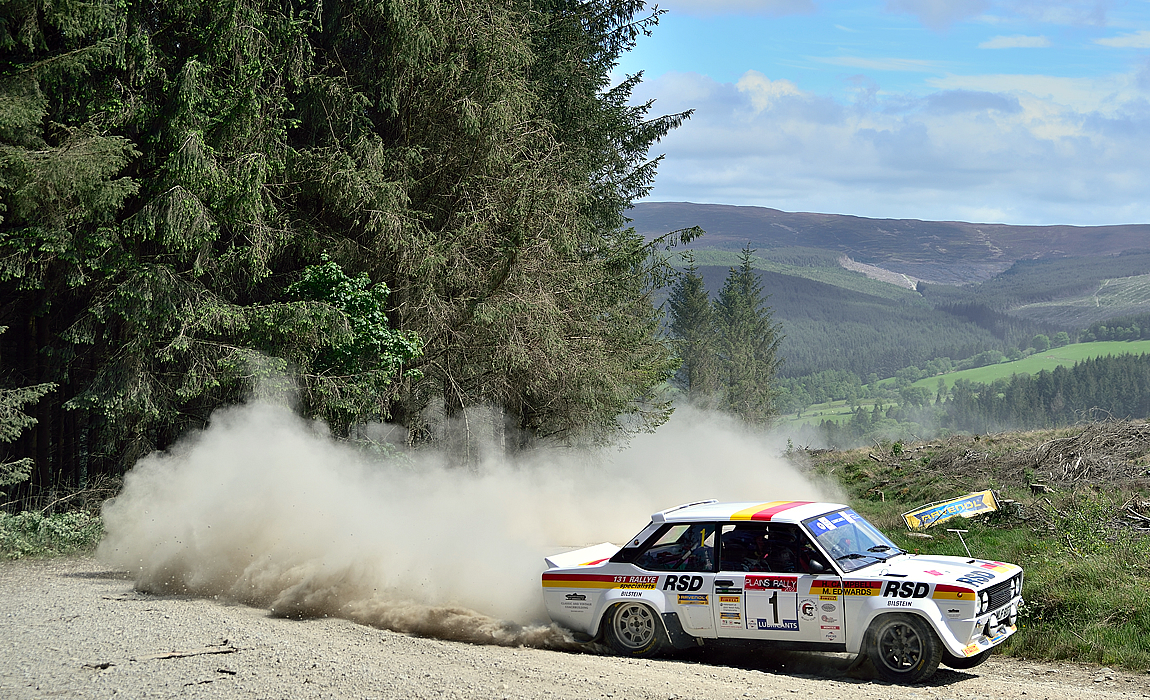 Liam Griffiths extended his lead in the Welsh Juniors after winning only his third event in his Ford Fiesta ST. Griffiths alongside Co-Driver Andrew Sankey held off Rory and Paul McCann in the Hillman Avenger. 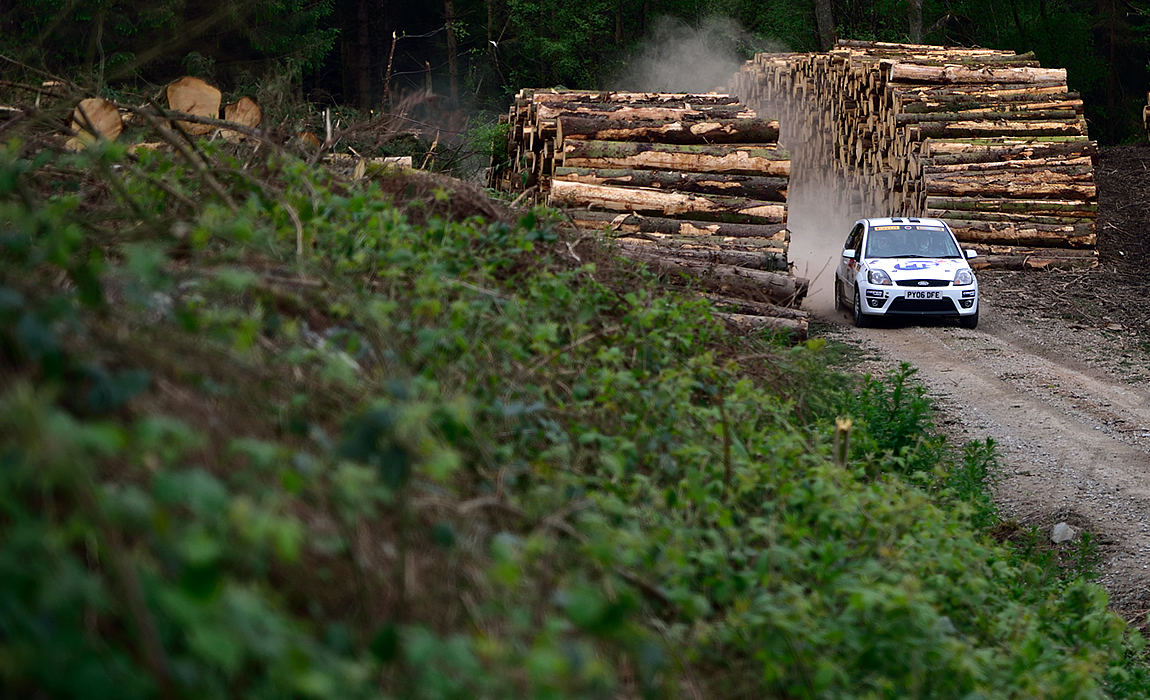 For a full list of results please visit: https://wnrc.wamc.org.uk/

The Pirelli Ravenol Welsh Rally Championship will head South next to Builth Wells for the fourth round of the 2022 season. Where stages in and around the infamous Epynt military ranges and the classic Crychan & Halfway Forests will await the crews on the Nicky Grist Stages (9th July).